Ophelia  came home yesterday! She has a nice new pen in our barn... 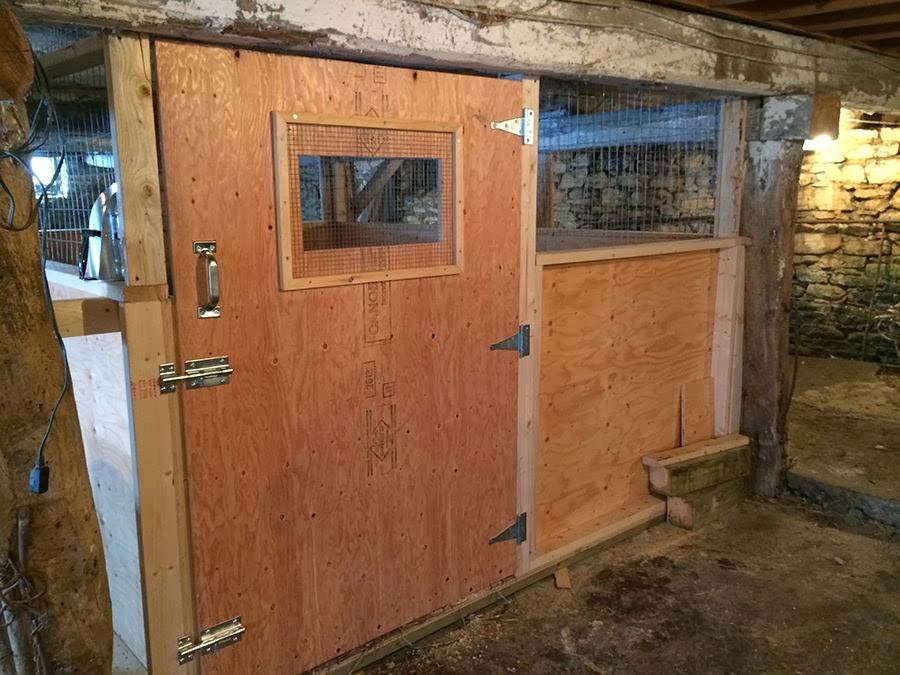 She won't be stuck in there all the time. I will let her out in the barn, and when it's a bit warmer, she can go outside. Today I let her wander around the lower barn while I watched her. The chickens and ducks all gave a collective gasp at the sight of this strrange pink beast, but the five hens who lived with Ophelia in her previous life (all loose together in a barn) went right up to her like she was a long-lost friend! It was very cute how they hung around here, like they were happy to be reunited.

Pigs, even pot-bellied ones, can and do eat chickens, so I will be keeping an eye on things, but I'm not too worried about Ophelia, who apparently lived in harmony with chickens in the past, according to the agent who rescued her. Some PB pigs do fine with birds, and I suspect Ophelia will be one of them. After all, if she didn't eat chickens during the few days she was without food, I'm not sure why she'd start now! 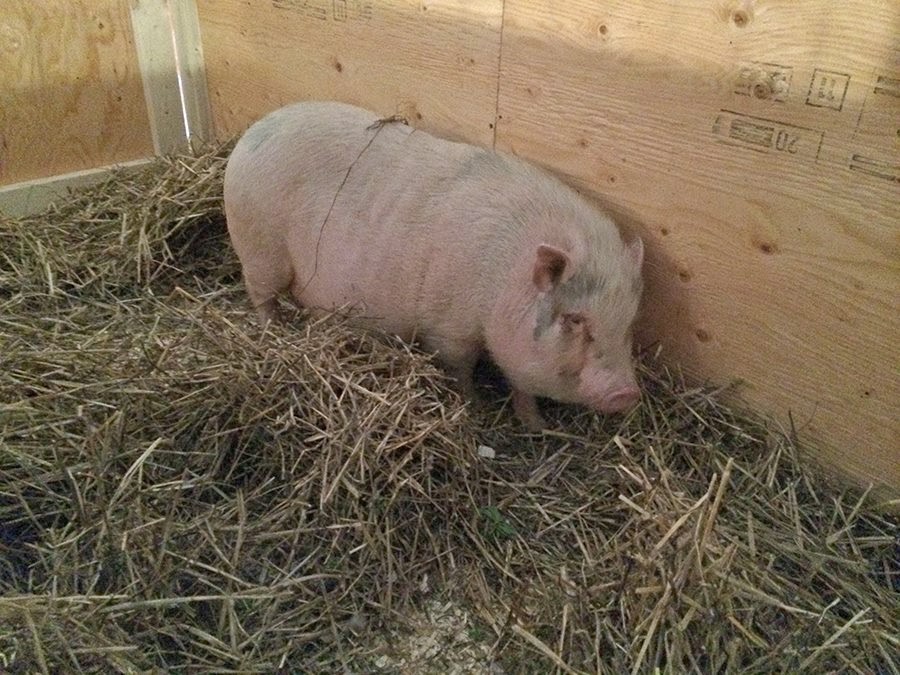 And here she is, enjoying a nice scratch against the plywood! 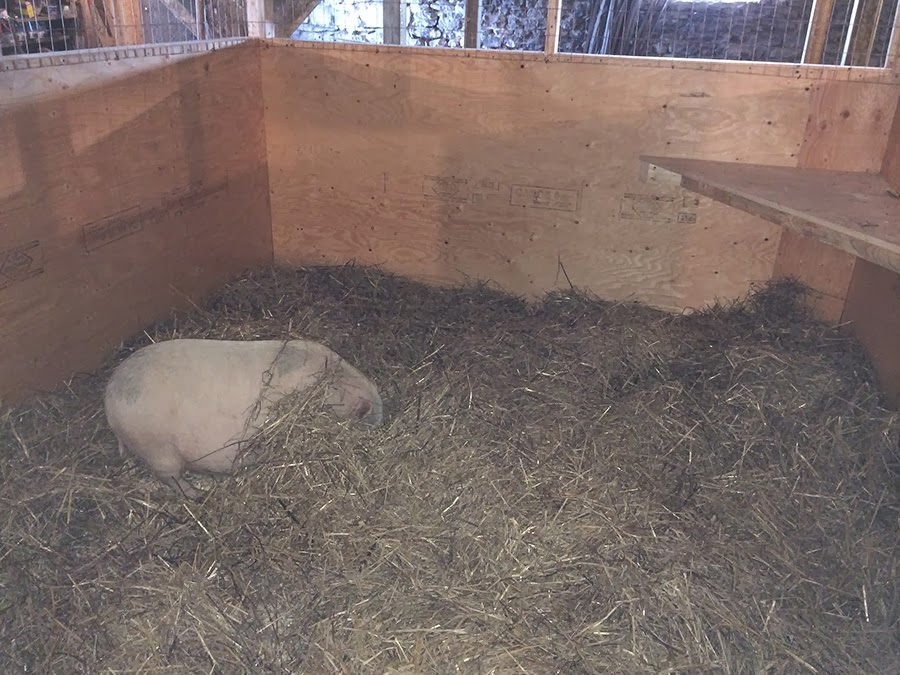 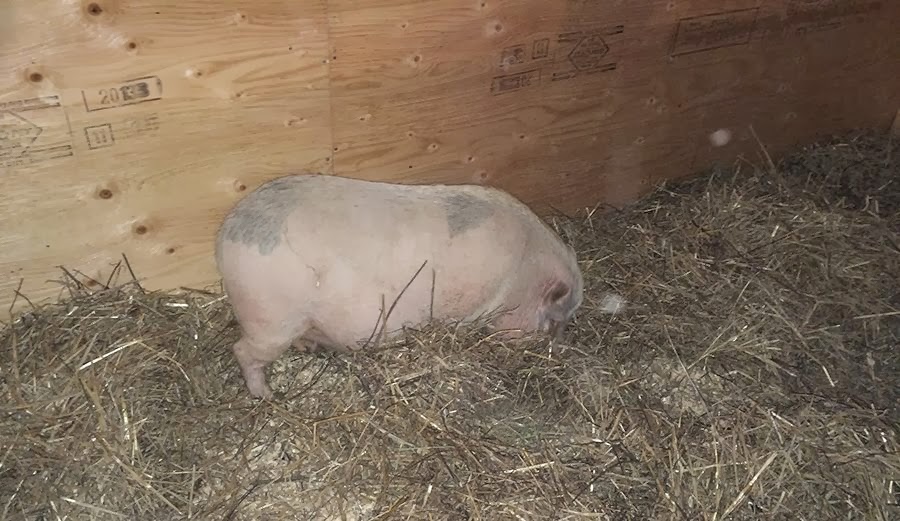 Aaaand some more rooting! We found a farm vet who looks after pigs, so we are going to get Ophelia checked out. I suspect she is a tad overweight, and no doubt needs deworming. She definitely needs to have her hooves trimmed. Her eyes are a bit weepy too, so we'll get those looked at. Apparently she and the birds (and the goat and her kid that our friend Tammy and her beau have taken in!) were found in a cold barn where they had been without food or water for a couple of days. The goat had recently had twins, but one baby unfortunately died. The kid my friend adopted was at the vet's for several days. He had frostbite on his ears and feet and had to have the bottoms of his ears amputated! But he is doing well now and being bottle-fed four times a day. He is super-cute. His mama is a sweetie too.

Ophelia must have had somewhere at her old place to burrow in and get warm, since she fortunately has no frostbite. 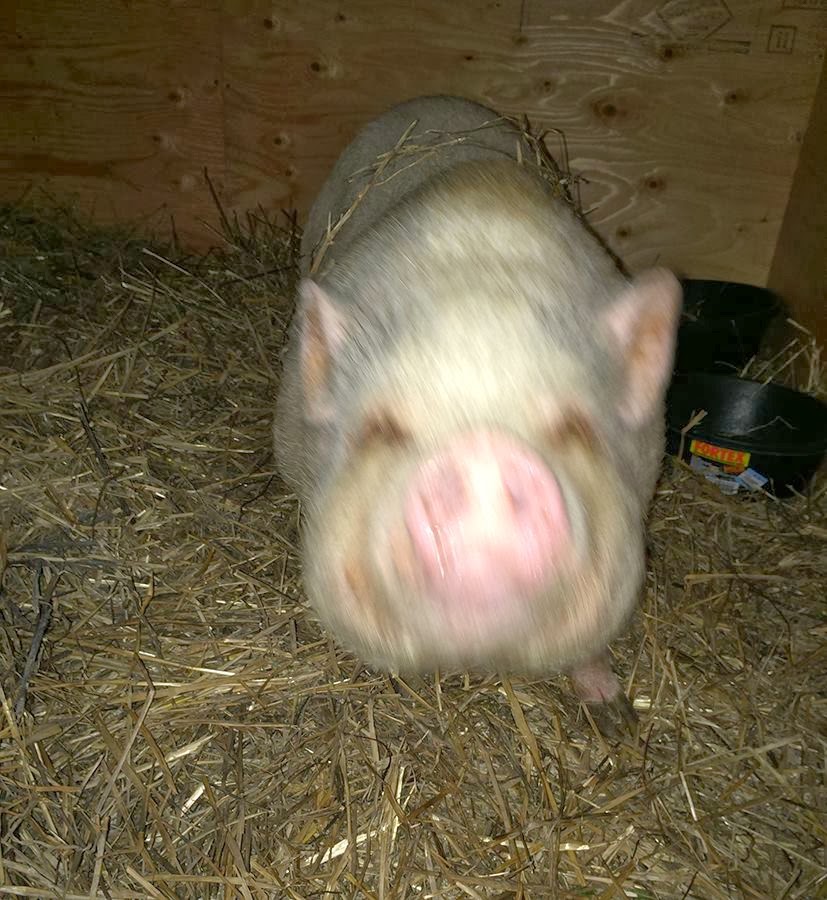 I read that pigs love blankets, so I took down an old dog blanket yesterday and hung it from that shelf in the corner. When Gordon went to tuck her in last night, he came across this scene: 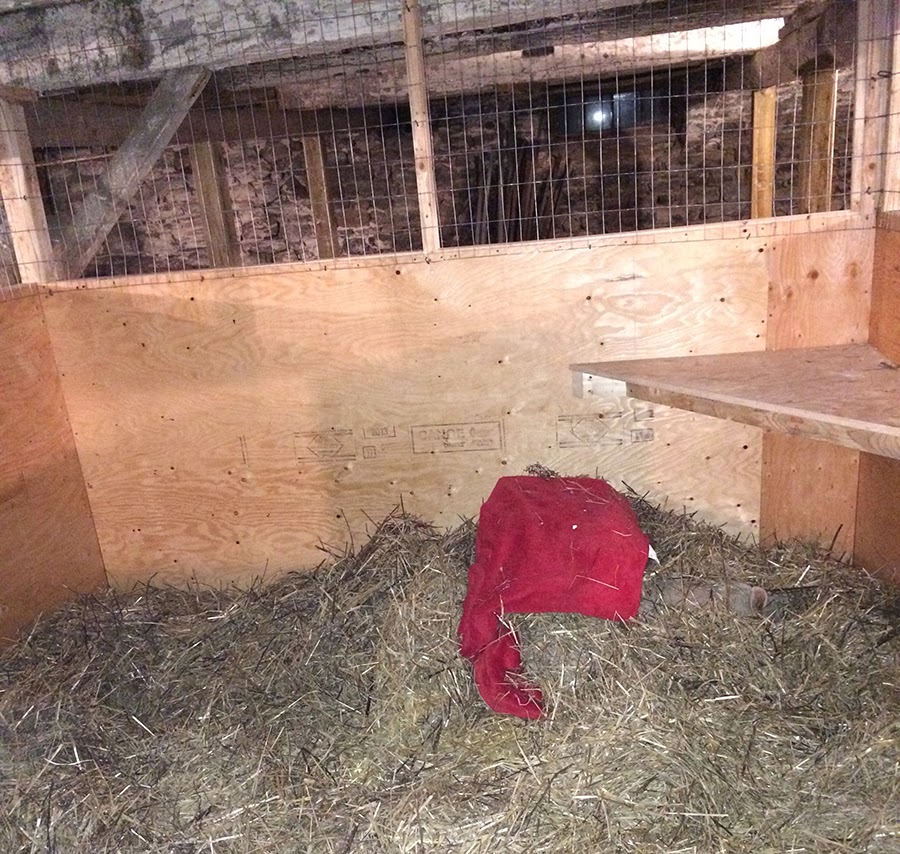 Yes, there's a pig in there. 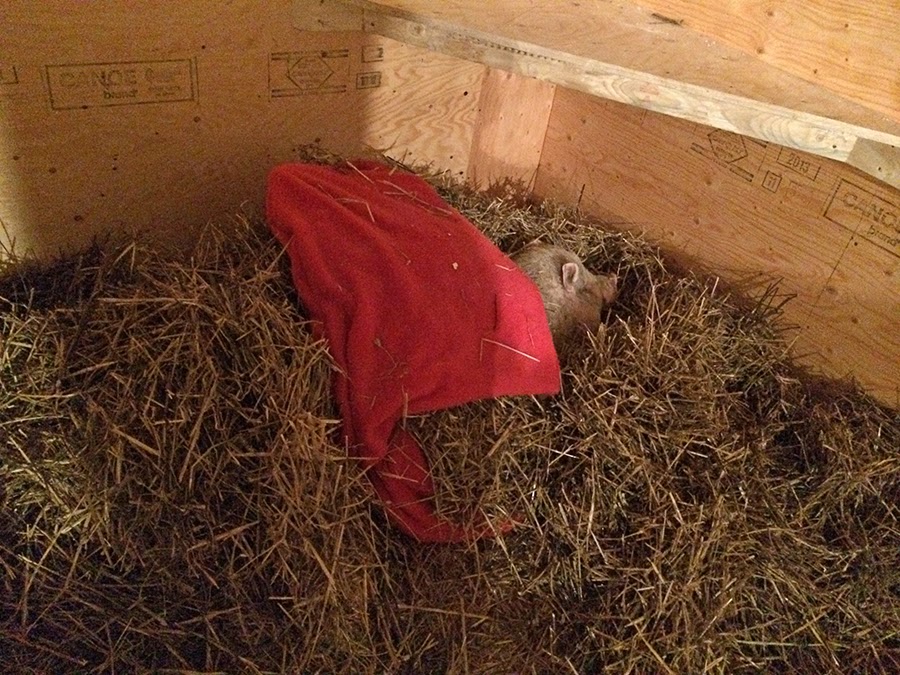 Peek-a-boo!! She covered herself in straw and the blanket and snuggled in for the night.

Today she was quite animated. 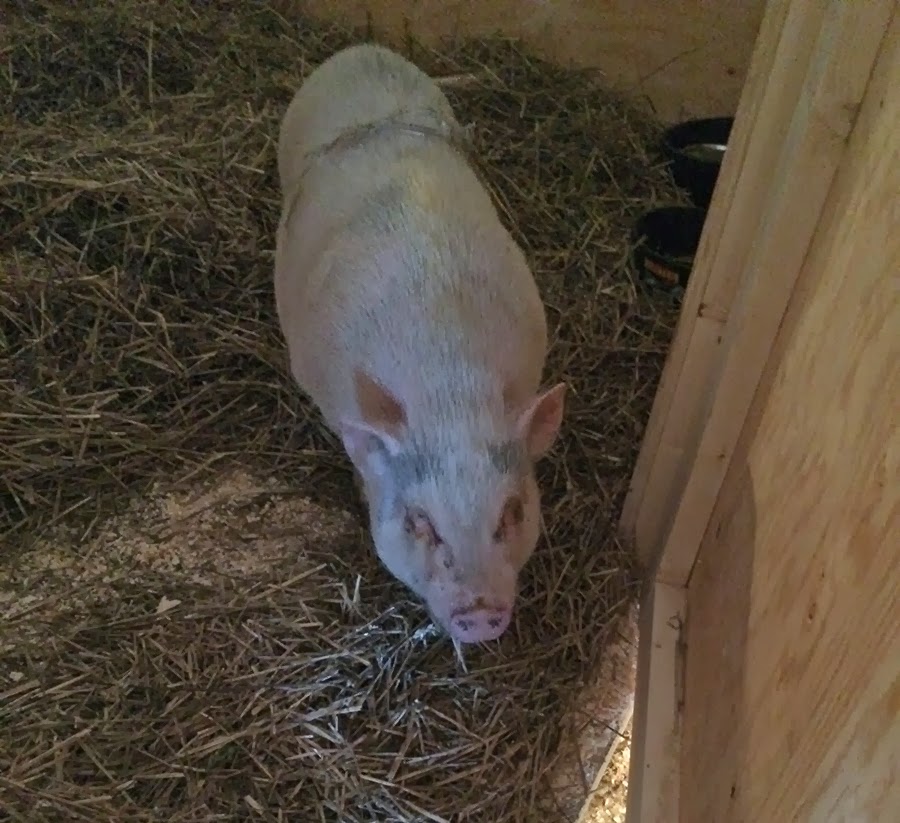 She just LOVES to be brushed. She stands perfectly still and lets me brush her all over with a bristle brush. She's a very sweet pig and we are already in looooove. Today Gordon made her some unbuttered, unsalted popcorn as a treat. We hid some in her straw so she can root around looking for it. We are going to get her some pig-proof toys as well.

Meanwhile, over by the rotisserie... 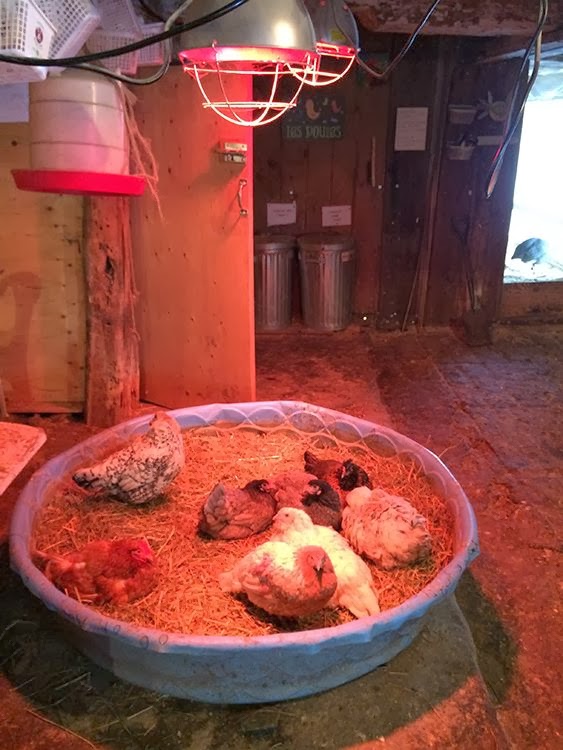 The hens were wondering if winter will ever end this year!
And tomorrow is National Cupcake Day for SPCAs and Humane Societies. Gordon and his Cornwall Courthouse Cupcake Team will be selling cupcakes at the Cornwall Courthouse (in the Lawyers' Lounge and the Duty Counsel Office.) We baked a few dozen cupcakes this weekend. I made these cookies-and-cream ones: 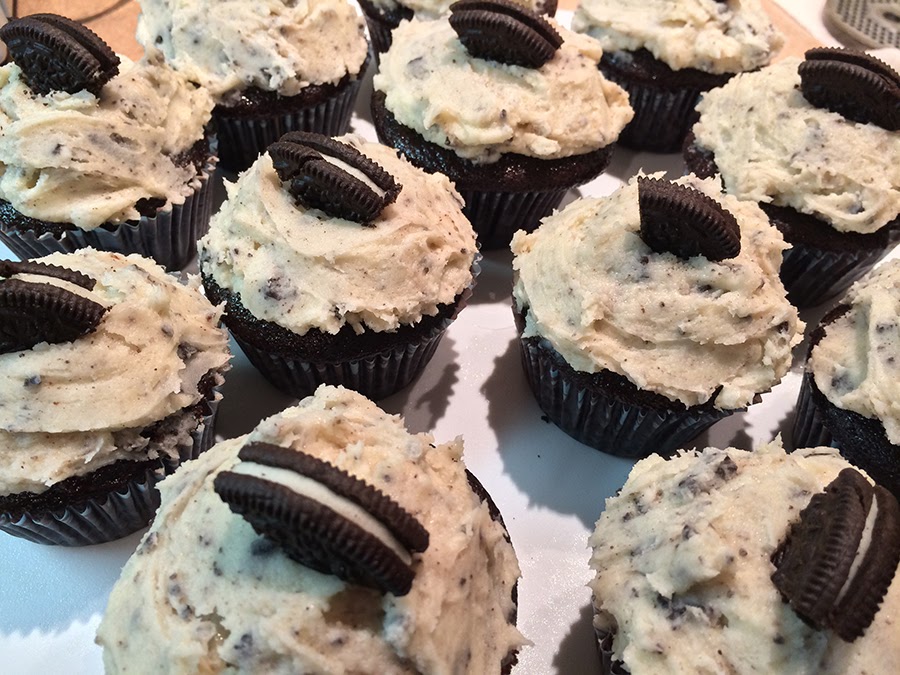 As you can see, icing is not my forté! I belong to the "Just cram it in your mouth and don't look at it" school of cupcake design.

Gordon made this lemon-coconut delights with cream cheese icing: 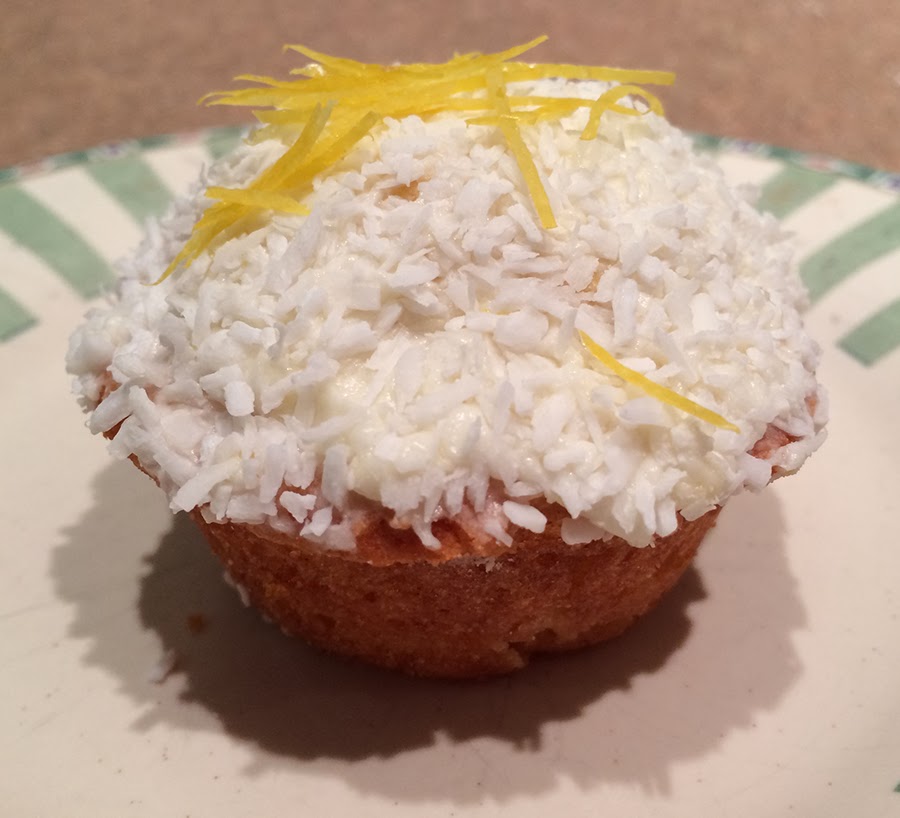 But check out these amazing cupcakes our friend Ronna made and donated for us to sell: 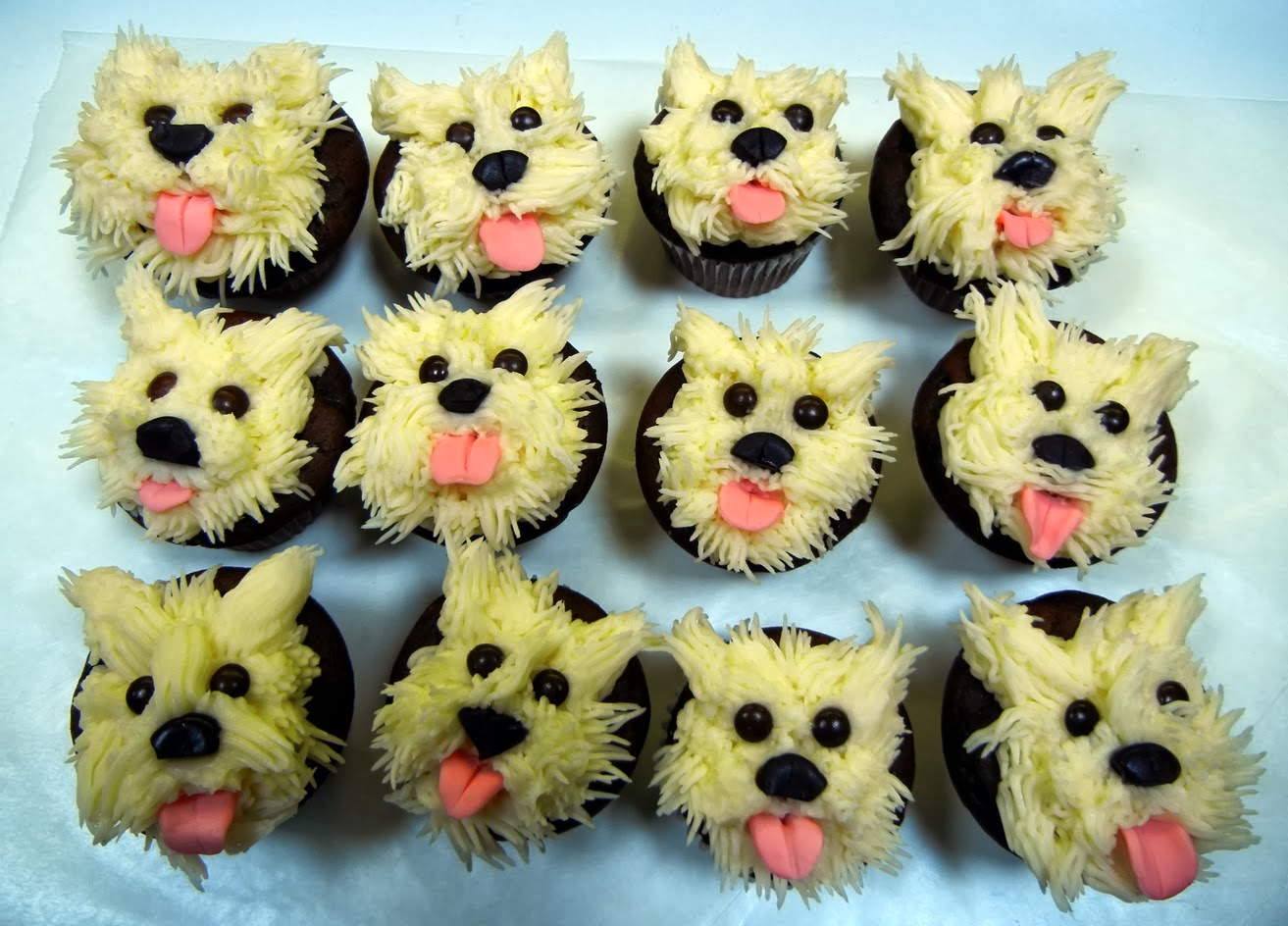 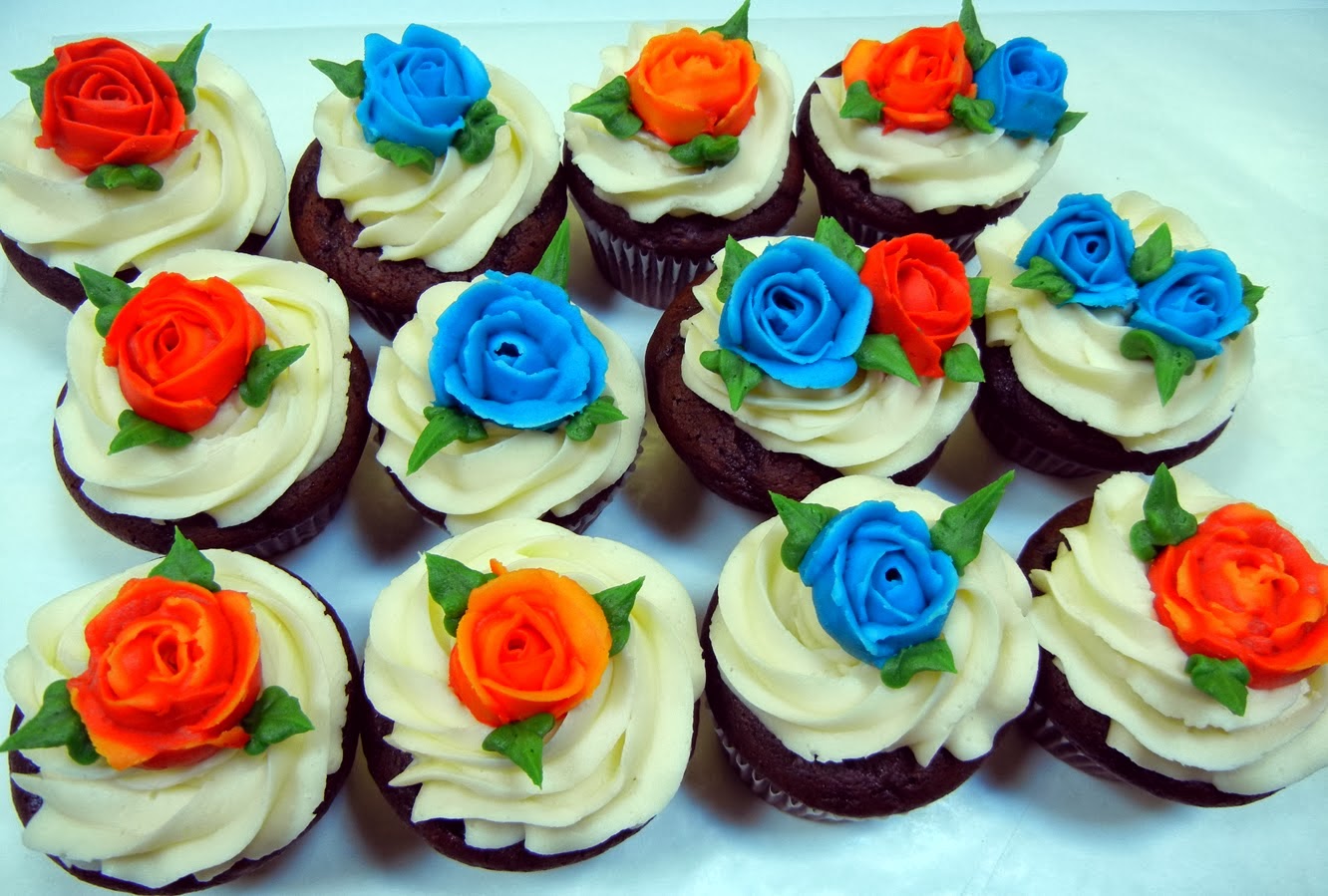 Whimsical and beautiful! I'm sure they will be snapped up in no time.

I'm helping out tomorrow, so if you need me, I'll be at the courthouse. Or here bonding with my new pig!