As I've mentioned before, our cats are all indoor cats, technically speaking. This is not such a rare thing here in Canuckistan as it seems to be in other countries (like England.) There are many ways for cats to die here: predators, cars, cold, snacking on spilled anti-freeze, snoozing under the warm hood of a car only to have someone turn the engine on... you get the picture. My high-school piano teacher lost her beloved cat to a car's fan belt one winter. The cat managed to drag herself home in shreds, but had to be euthanized. That's a good reason always to give your car's hood a few smacks before you get in and start it up in winter. Scare out any cats who may be sleeping in that warm dark place!

In any case, lots of cats have zero interest in going outside in winter anyway, preferring instead to curl up by a warm fire. In my opinion, it's a personal decision as to whether or not you let your kitties free-range and I ain't judging nobody. I just do what works for me; I can't deal with the worry when my kitties are out roaming. When I was a kid, one of our cats disappeared for two weeks and I still haven't forgotten that. He finally showed up, considerably skinnier, without an explanation for his absence.

And there have been no free-range cats since we moved to the farm, where I have seen fishers that not only routinely enjoy a nice entrée of warm feline, but also eat porcupines. PORCUPINES! What the hell kind of vicious monster can take down something that has 30,000 quills? What chance does a cat have against that!?

Julius used to be an outdoor cat but I eventually got tired of crying when he'd disappear for a night or two. Plus he got in fights and ended up with horrible abscesses that needed draining, something I also got reeeeally tired of, along with the associated vet bills. And of course Alex tripod kitty came to us after being found in a leghold trap some moron put out in the city of Cornwall! So ya know, I'm good with indoor kitties, even though it means spending more time playing with them and keeping them from getting bored out of their little kitty minds. (Did you know there are iPad apps to keep cats entertained? Yes really!)

Our cats do have a nice big outdoor cage they have free access to through a cat-flap in the basement window. Julius became an indoor cat after we moved back east in 2006, and took to it with little fuss (thanks to the cage!) So it's all working well for us.

And every once in a while, someone does a runner out the door and gets an hour or so of freedom. Julius is not so much a runner as a "saunter-er." So when he sauntered out the other day, I went along and kept an eye on him as he enjoyed a chilly stroll in the snow. 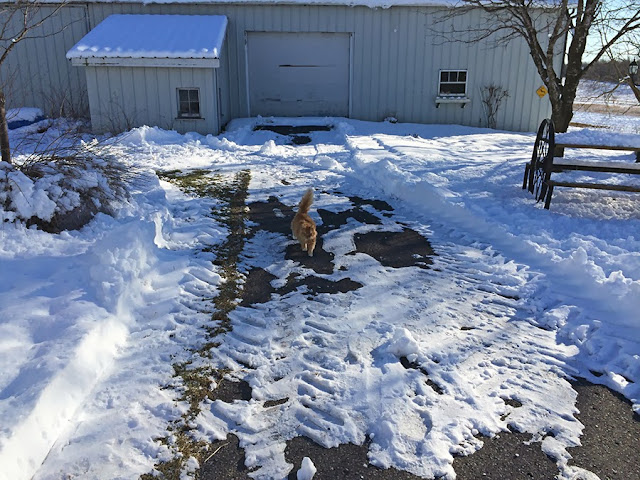 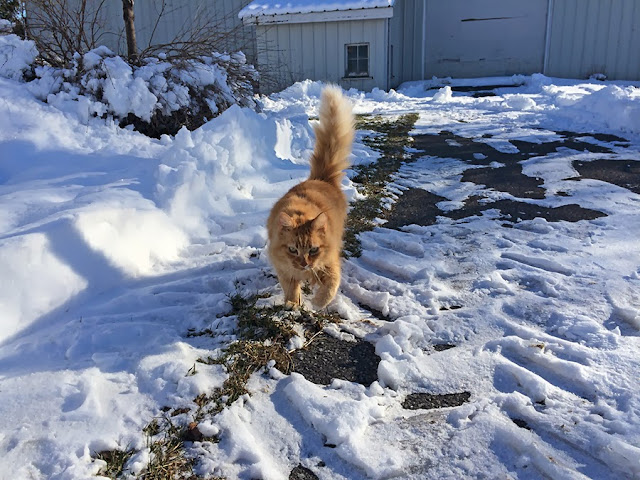 He is almost 14 and has lived in four provinces in Canada, and has been driven across our large country twice.

He has also scared the sh*t out of me on numerous occasions, and when we first adopted him in Nova Scotia (he turned up at our back door one winter), he spent his time convincing another neighbour he was homeless, subsequently scoring himself extra meals every day! 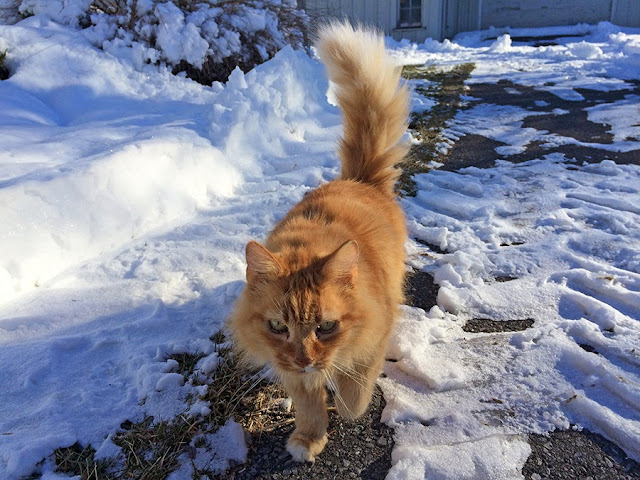 Not stupid, this cat.

He had to have three of his four fangs removed in 2010 but he's still got it! When he catches a mouse in our basement, there's no messing around, leaving half of it in our bed like the other sissy cats do. He crunches that sucker right up, which makes for a rather horrifying scenario when one wakes up from a dead sleep in a darkened room:

"Oh, hello Mother. I'm just enjoying this tasty mouse I caught. Can I offer you its liver?"

(Stick fingers in ears, return to sleep, plan on dealing with any remaining body parts in the morning. Except there aren't any! Julius is nothing if not thorough.) 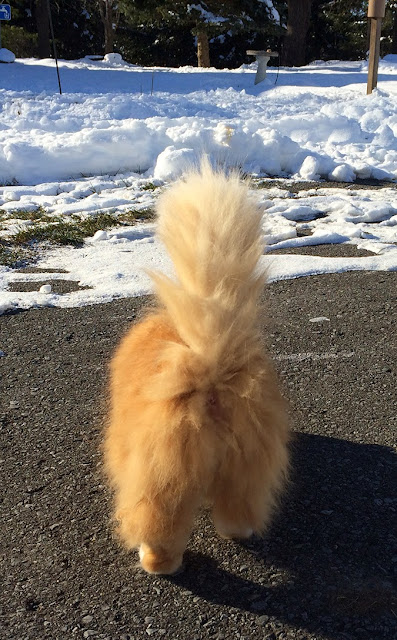 Julius has a magnificently fluffy butt, hence his many nicknames: Fluffy Butt, Mr. Fluffalicious, Fluffy Pantaloons, Flufftastic... you get the idea. 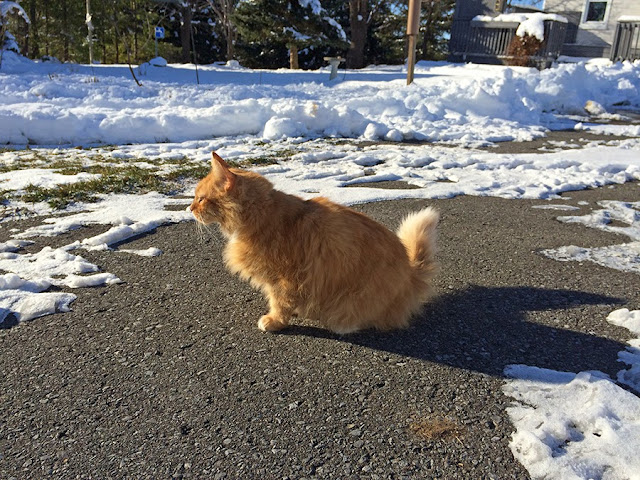 He quite enjoyed his snowy romp and the bright late-fall (I can't believe it's not freaking winter with all this snow and cold!) sun. 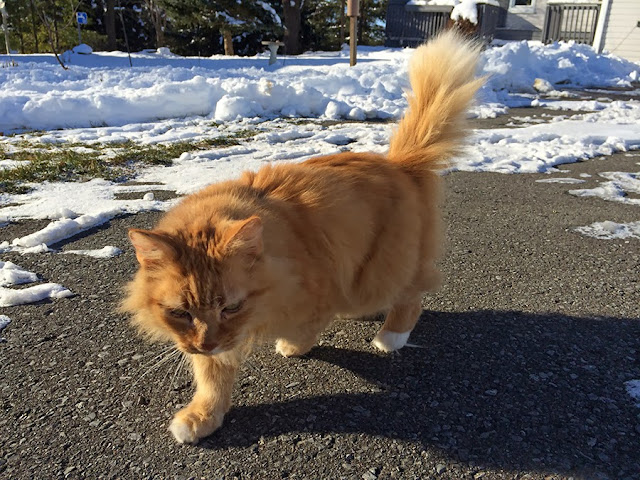 And when he was done, I carried him inside and he had a big long nap!