Alex did a runner out the door last evening, so I let him hang with me while I did some gardening (he doesn't wander.) Five of the girl-ducks were out, and they soon made his acquaintance. He was completely unfazed. Then the ducks started following him everywhere... 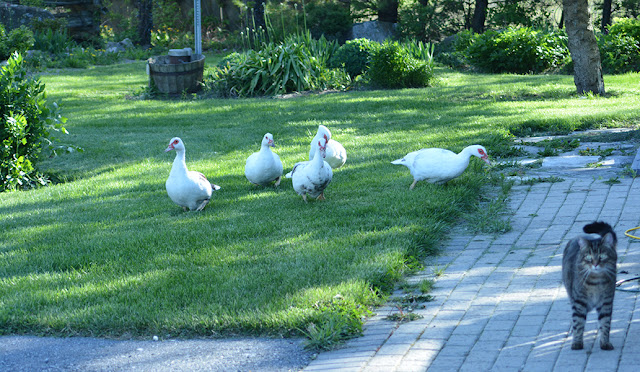 He had his own pack of groupies! 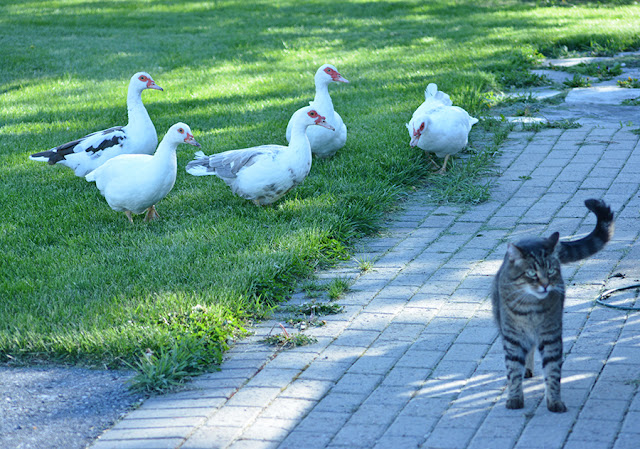 I wonder if they got his pawtograph?

Meanwhile, at 6:30 this morning, Emily didn't show up for breakfast. I started to panic; did she get outside without me noticing and disappear? Was she locked in a closet? After I'd spend five minutes running around outside calling her name, she sauntered into the kitchen and ate her food. I wondered where she'd been, until ten minutes later, I came across this scene... 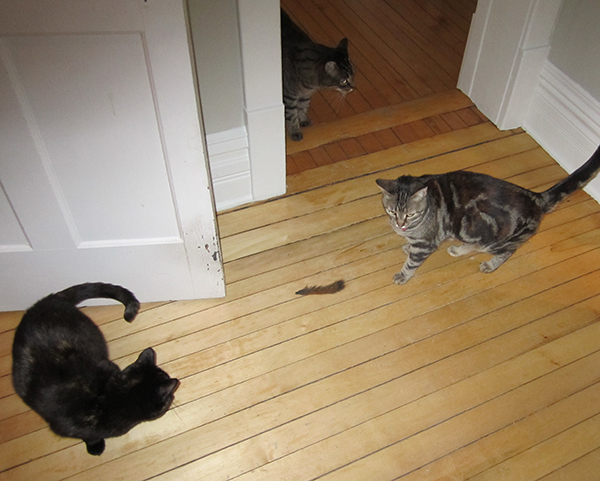 Oh please don't tell me that's a tail. Oh yes, yes it is a tail. A chipmunk tail! :(((( I love chipmunks. So does Emily, apparently, since she's the one who brought it up from the basement. 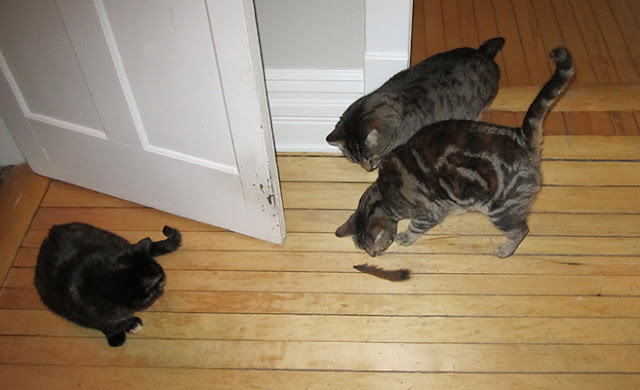 When Alex made a move for it, Emily grabbed it... 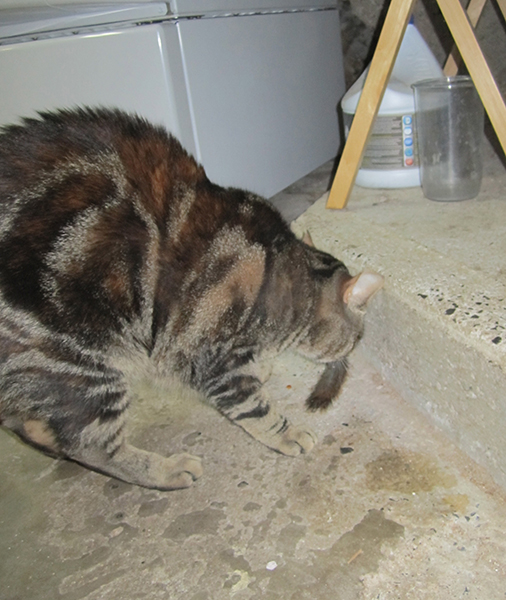 ...and ran back down to the basement to gnaw on it.

I am still trying to figure this out. We are currently dealing with a red squirrel that has gotten into the house via a gap in the foundation under out deck. Mostly it sit on top of the rock foundation in the basement, taunting the cat. We are working on this but need to make sure there isn't a nest of squirrel babies in the wall or attic that will die if we put in a one-way exit. We've had issues with squirrels getting in before. They are incredibly persistent.

But THIS is a chipmunk tail. Either chippy got in the same way the squirrel did, then made the mistake of not noticing Emily, or maybe she nailed it in her outdoor cage, then brought it in last night when we closed the cat door, without us noticing. Poor little thing! And really, could she not have killed the damn squirrel invader instead?!

The tail made a reappearance a few minutes ago, in the jaws of Naomi. Gordon has now retrieved it and disposed of it, although perhaps I should have made Emily a chipmunk-tail cap, à la Daniel Boone!

Never a dull moment with felines!!!