Look what was playing on our laneway at 6:30 this morning!

Mama fox and her FIVE kits! (You can't see all five at once in any of these photos, I don't think.) 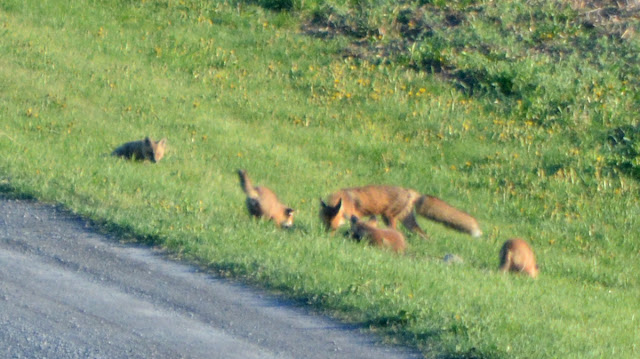 CHeck out her beautiful foxy tail! She looks very healthy. 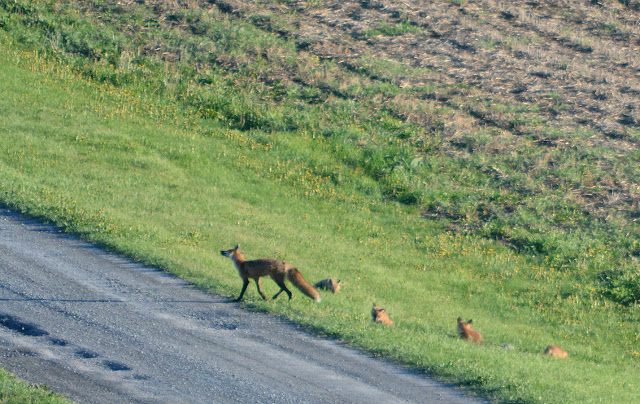 Now before I get my 20th "Holy predators, girl, your ducks and chickens will all be dead!" warning of the day, let me just say that we've had foxes on the farm since we moved in. We've never had a problem with ducks and chickens being eaten by anything when they stay in their fenced run (and secure coops at night.) When they go over the wall, it's another story but we are about to have the whole outdoor run roofed with corn crib wiring, which will mean the end of birds escaping into the jaws of death!

So relax and enjoy the foxy cuteness. I'm not having them shot, as was suggested to me by more than one of my male friends. YEESH. What is it with men wanting to kill things?!?

Mama has apparently made a den in what was formerly a groundhog hole. Every year we've had a groundhog living in there, but this year it looks like Ms. Groundhog was evicted (or eaten) and Mama has enlarged the quarters to make herself and her babies a very nice den! 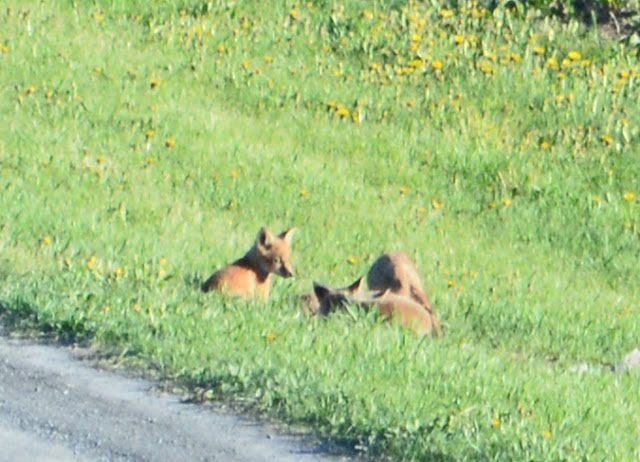 The pictures aren't the sharpest, because even with my long lens they were very far off from the house. 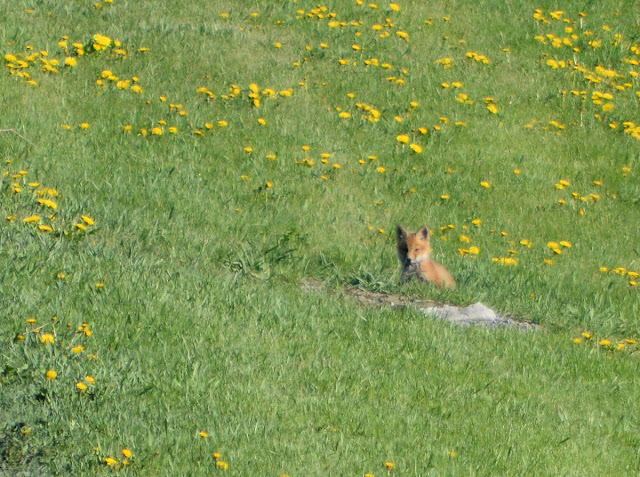 But I think you can see how super cute they are.  They were unspeakably adorable frolicking all over the laneway this morning, while Mama kept an eye out. 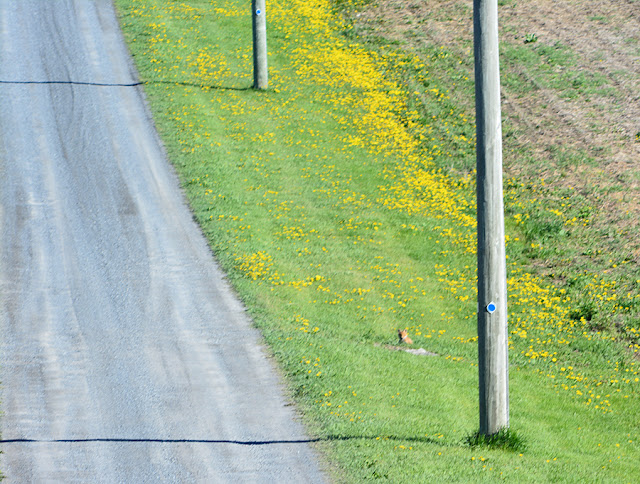 That's one of the babies sticking up out of where the den is. 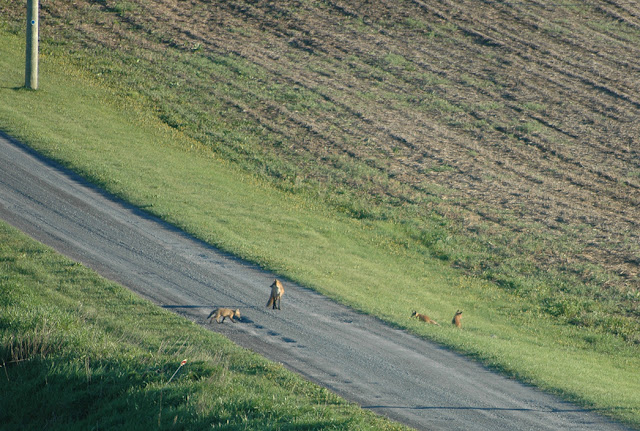 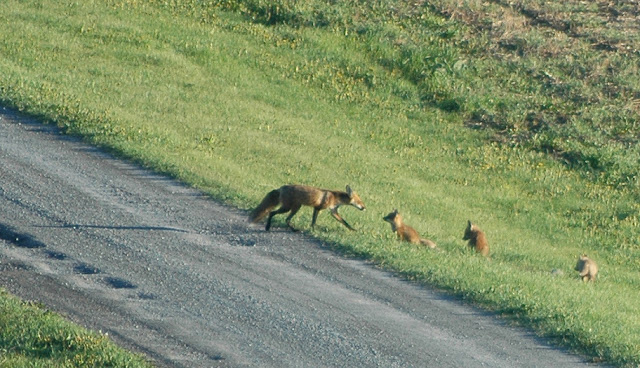 I think I'll get up early tomorrow and see if I can sneak a little closer for some better photos!

Have a great weekend. The Victoria Day weekend here, so Monday is a holiday. Enjoy!