Easter eggs from my own coop! 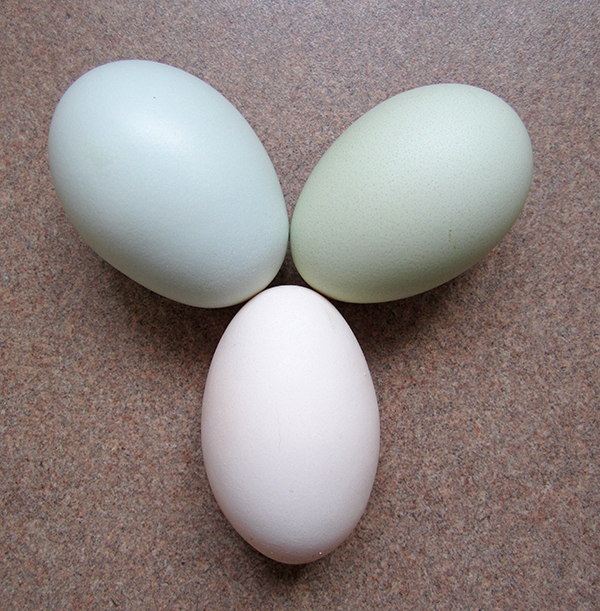 Thanks to Kristine for pointing out that I have five new Ameracaunas, not Araucanas! I don't mind, since I mainly got them because I wanted coloured eggs. Apparently there is some confusion about the breeds, although Kristine's explanation made it pretty obvious to me. Araucanas are known as "rumpless". Among other things, they have no tail feathers that stick up.

Anyway, this morning I got the blue egg on the left from the buffy-coloured hen, the green egg from one of the others (didn't catch her in the act) and the bottom egg from good old Georgiana. Georgiana is nearly three now!

I think the coloured eggs are really cool. I would like some Maran hens now. They lay dark-brown eggs.