Tomorrow we are supposed to get our first winter storm of any consequence. We shall see if it amounts to anything! They are saying maybe 6 - 8 inches of snow. I thought it was a bit early for that, but then I cast my mind back to previous years, like... 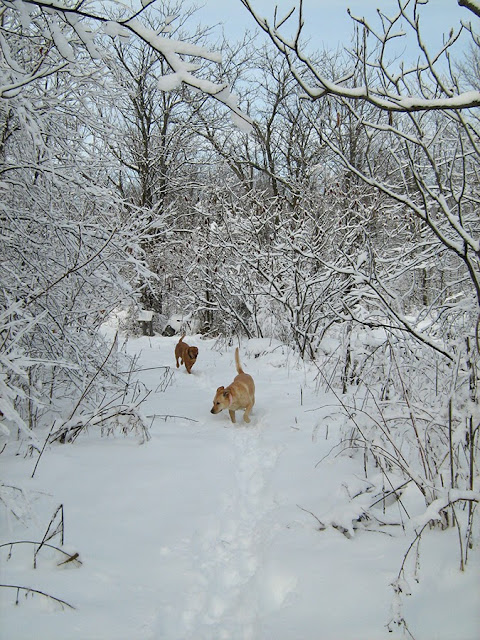 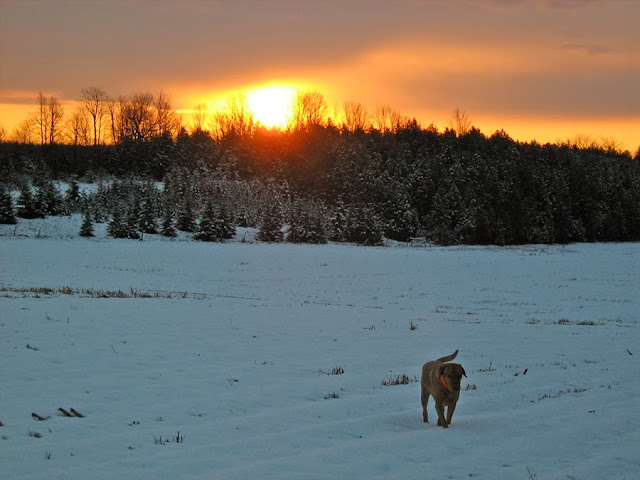 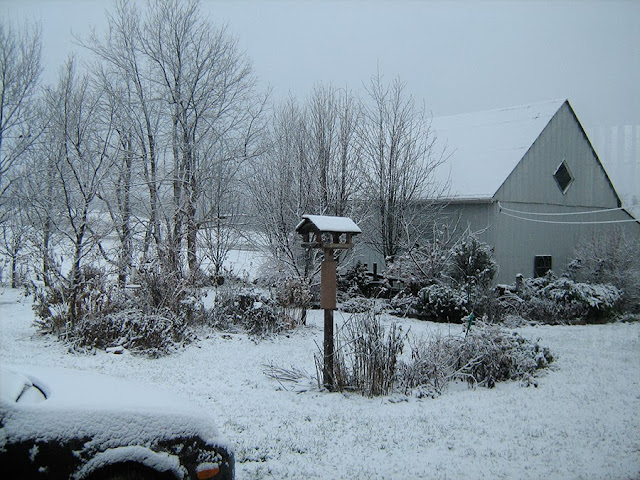 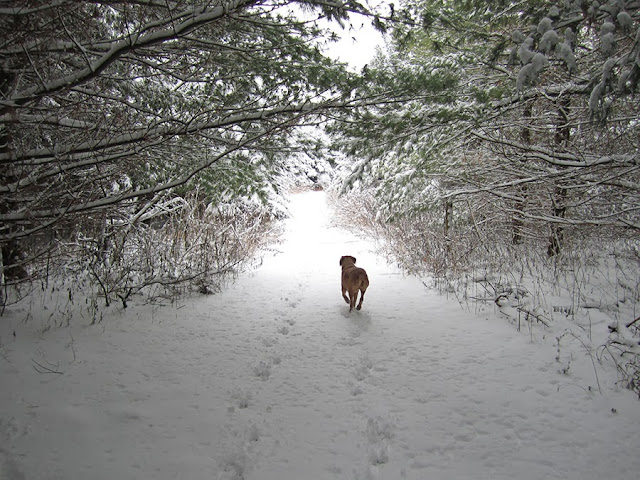 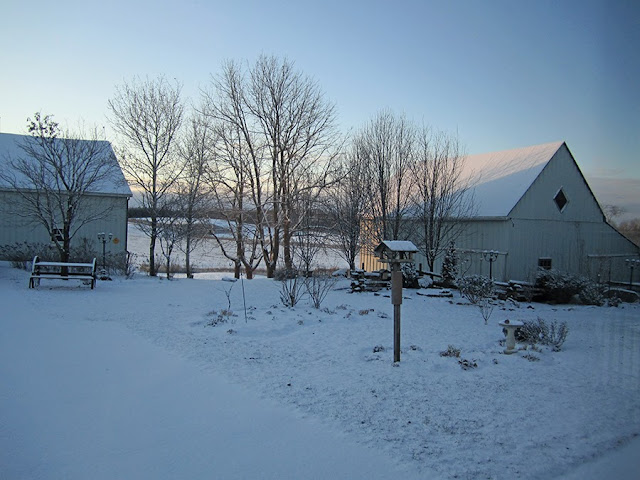 If we had a storm in November 2010, I neglected to take photos! Regardless, it appears that we are right on time for the first biggish storm of the season, so we'll see how it unfolds.

This afternoon, I devoted a good chunk of time to thawing a section of plastic piping that comes out of the barn well and slopes down to the chicken/duck area downstairs. Part of the pipe that is held in place by zip ties had shifted, so that the water no longer drained out of it when you switched off the pump. I ended up with three feet of frozen pipe. Lovely! Nothing motivates you like having to haul buckets of water from the house, so I tried a few things and finally got that sucker thawed with a heat lamp (which I had to supervise so that the barn didn't accidentally burn down!) I adjusted the wonky bit of pipe back to where it was supposed to be and voilà, we had lift-off. What a relief! I HATE hauling water in winter. Or pseudo-winter, since it's officially still fall.

When we got back from NYC last night, it was -12C in the airport parking lot and we had to clear snow off our car. We had a good weekend and spent some quality time with our dear friend Brian. So good to see him and give him some hugs!

I'll keep you posted on tomorrow's snowmageddon. Environment Canada is often wrong about snowfall amounts, so we shall see!