But before I begin, please explain to me how it got to be WEDNESDAY already? I swear I'd posted just the day before yesterday, but no, it was Sunday. Where the hell did Monday and Tuesday go?

Emily was snoozing on my table the other day when Naomi decided that the potatoes in those ears needed cleaning out... 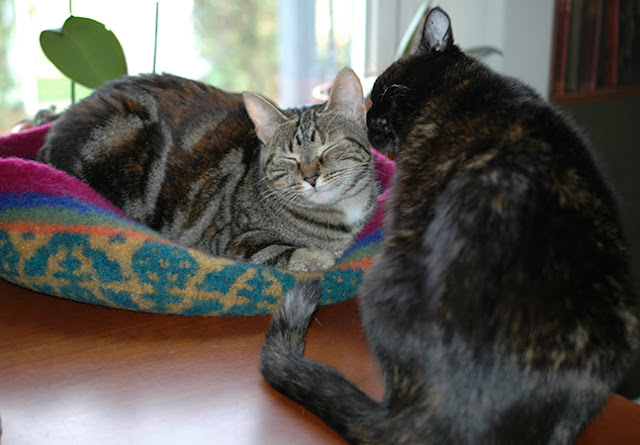 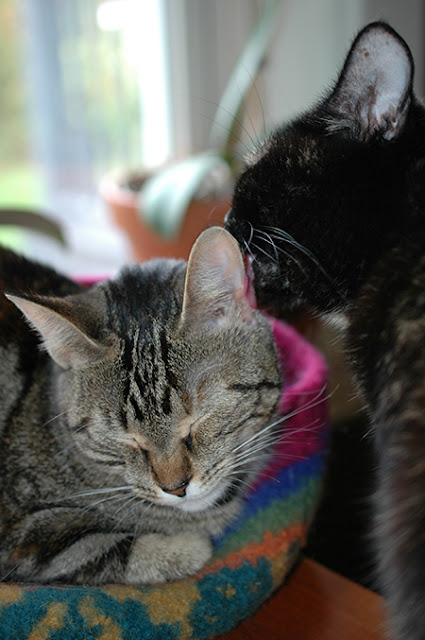 Naomi is a little obsessed with earwax. More than once, I have woken up to find her tongue in my ear. Now THAT'S an alarm clock! Anyway, Emily seemed to be enjoying Naomi's motherly albutions. 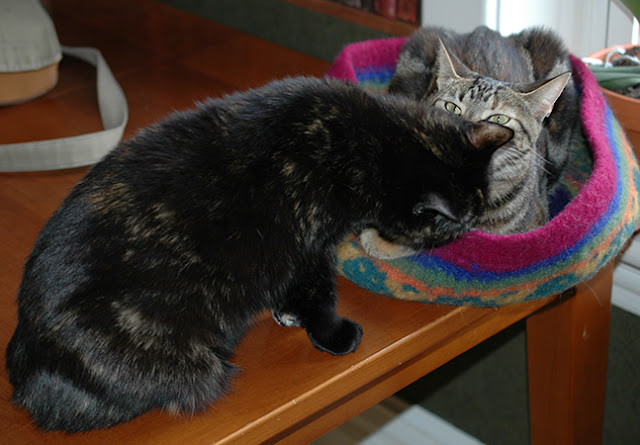 She was in fact so appreciative, she grabbed Naomi's noggin and began to return the favour. 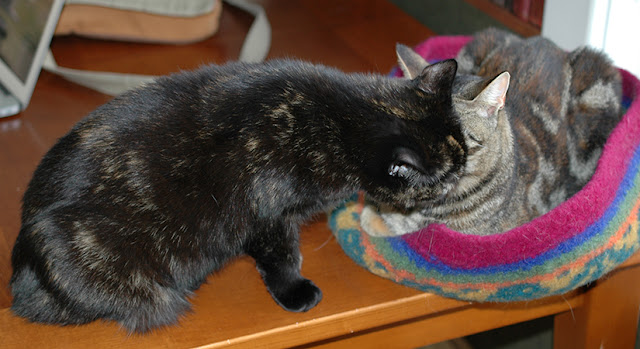 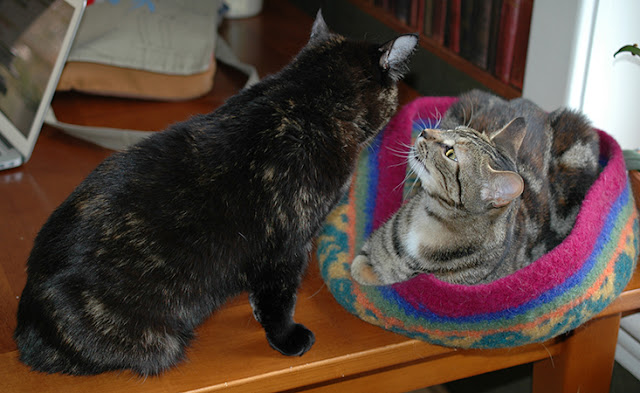 When Naomi attempted to regain control of Emily's wax situation, something changed. 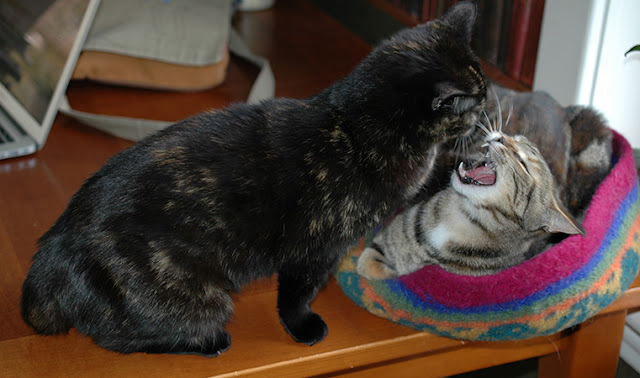 "Noooooooo!! You may NOT stick your tongue in my ear again! Get thee gone, Satan!" 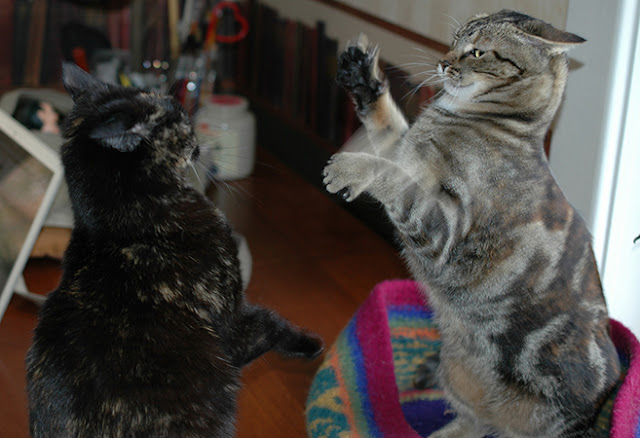 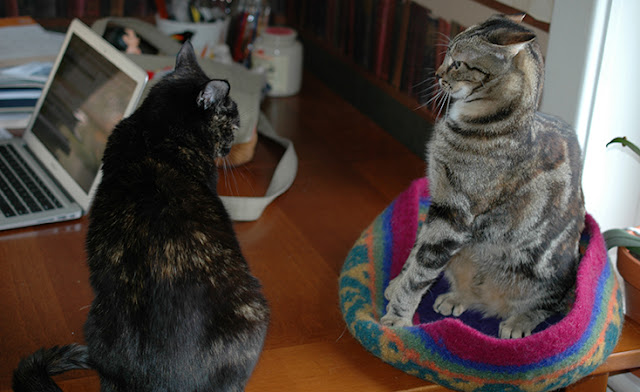 Naomi manages to maintain her dignity while Emily goes all flat-ear misery-guts on her. 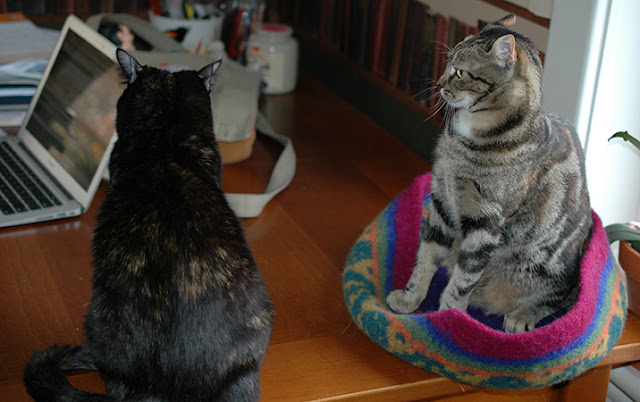 Naomi pretends not to give a damn... Emily's ears relax ever-so-slightly. 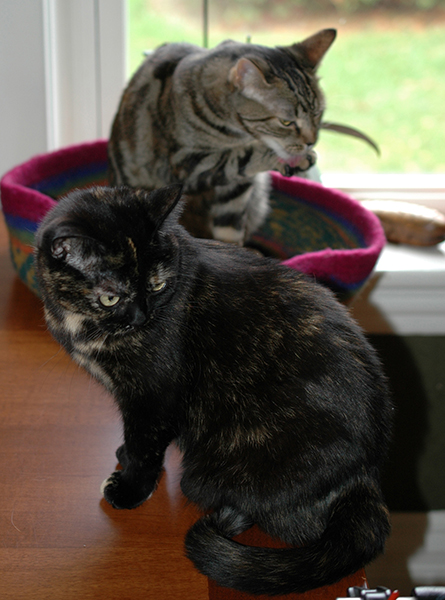 ...but she's clearly pissed off. And check out the sideways glance Emily is giving Naomi. "Don't even think about touching my ear potatoes again!" 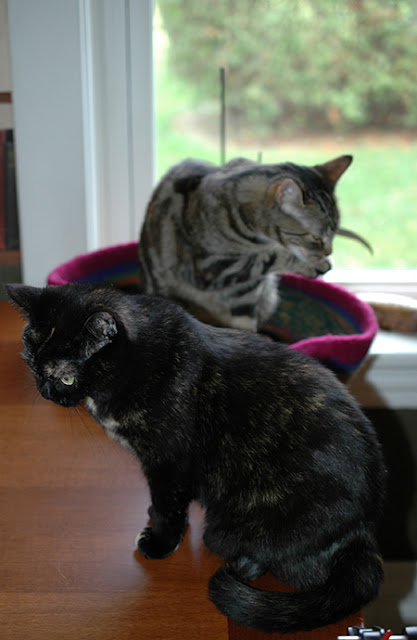 Believe it or not, these two are good buddies and are always playing together. Or play-attacking each other. At least, I think it's play-attacking...


(Note: I have hopes that that FUGLY book border will be stripped out of my office sometime in the next few months. House renos have now been going on since $@#!@&#!! April, with a change of personnel. And soon I will share photos of the miraculous transformation of our century staircase, courtesy of the ever-talented Tammy!)