A full moon and strong winds

Hurricane Sandy is whapping the east coast of the US tonight, and this isn't helping... 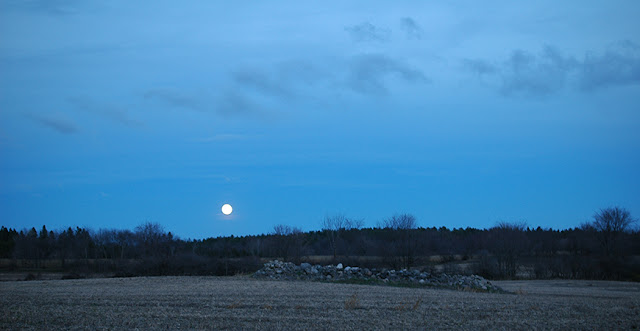 A full moon! Full moon, high tides, and hurricanes: not a good combo. This storm is clearly huge. We are already getting alarmingly high wind gusts just as the storm is hitting land down around Maryland and DC and NJ. It's also very strange to have the wind blowing from the south - southeast instead of the north. The wind usually blows from the north around here. 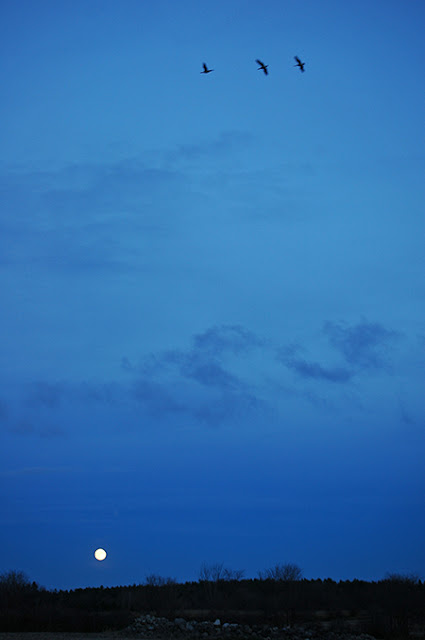 A flock of Canada geese flew over me as I was taking photos. They had a hard time flying straight! My friend Ronna watched geese being buffeted by the wind over at her place too. 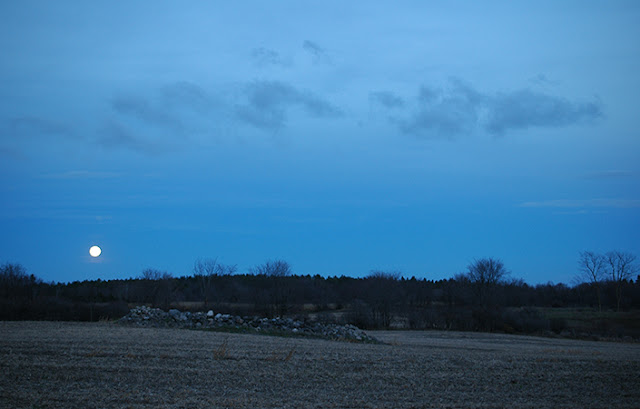 We're hoping the power doesn't go out tonight, but I filled the bathtub with water just in case. We still don't have a generator (it's on the shopping list), so when the electricity fails, so does our well pump. No water, no toilet flushing, no nothin'. Still, we'll have it a lot easier than those down in the US bearing the brunt of Sandy. Stay safe, everyone!

Such a beautiful moon, though. Ronna told me it's a Hunter's Moon.