During the week, he's a lawyer (I love him anyway.) On the weekend, you never know what he'll turn into. Today Gordon became... 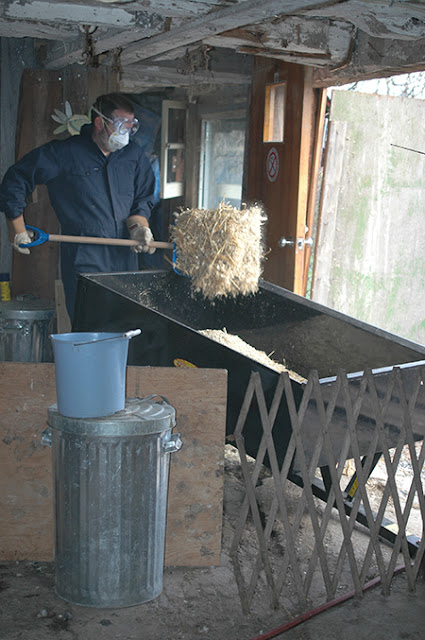 We use the deep-litter method in our chicken coop, which involves adding layers of shavings over time, allowing the poop to compost underneath, and providing a nice warm layer of bedding all winter. Once a year, in September or October, we clean it out. I say we, but I retired from this last year, because all that shovelling is hard on my lower back, which has always been my Achilles heel (so to speak.)

So dear Gordon does it himself! And because we sold our riding mower last year, he takes the wagon-loads of shavings down the hill by hand. Maybe next year we can get a small garden tractor. I need something to till my veg garden. I've had it with shovelling by hand. 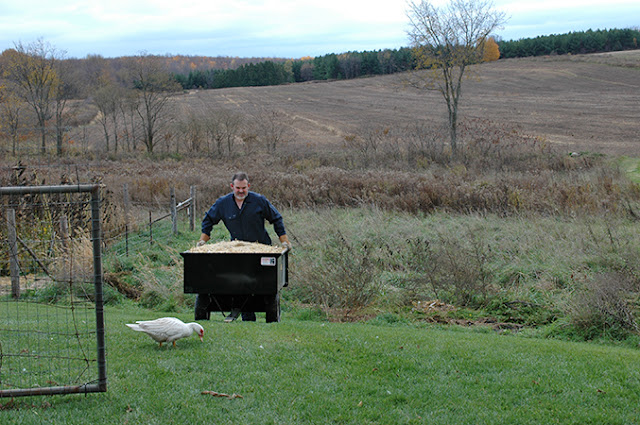 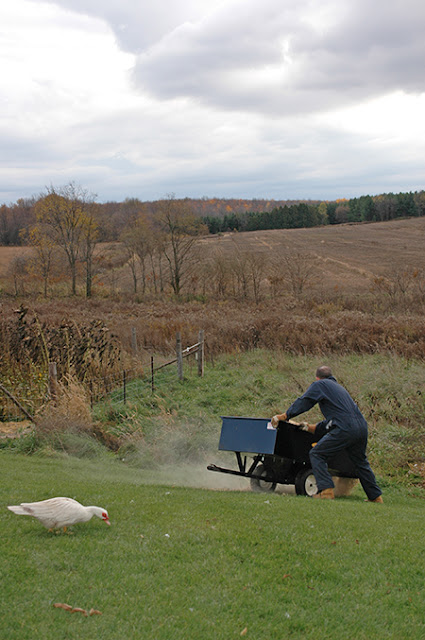 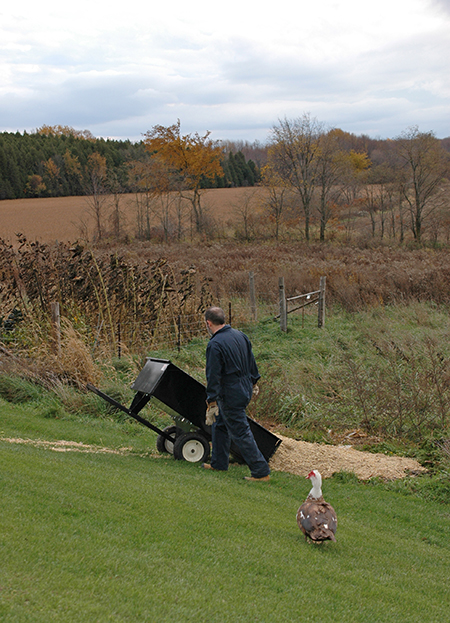 He wears goggles and a mask while shovelling in the coop. It's very dusty, since we layer in diatomaceous earth (food grade) as we add shavings. We don't want anyone getting poultry worker's lung! 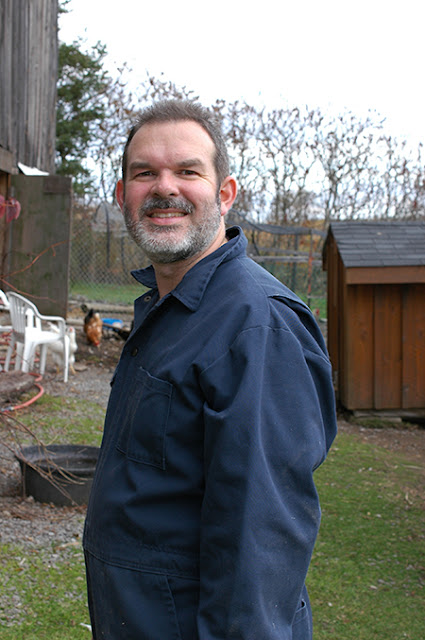 The ducks and chickens weren't particularly helpful, but they had a great day running around outside. They love sifting through the dumped shavings. 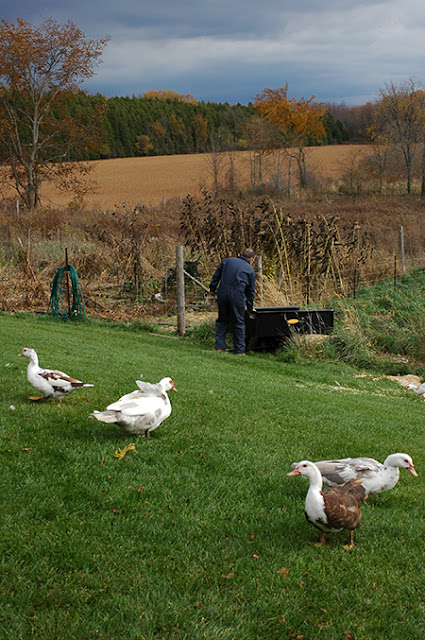 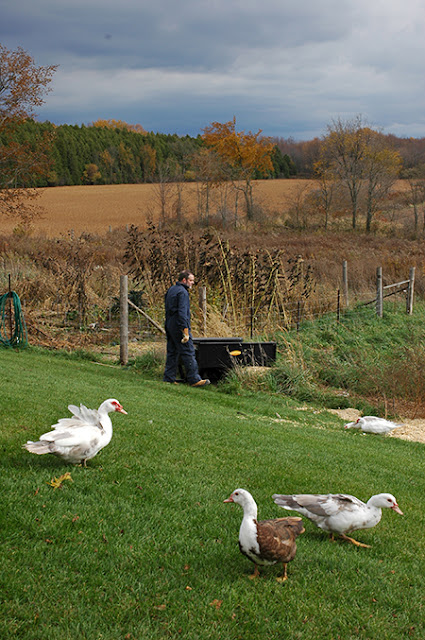 The blue jumpsuit is oh-so-sexy. 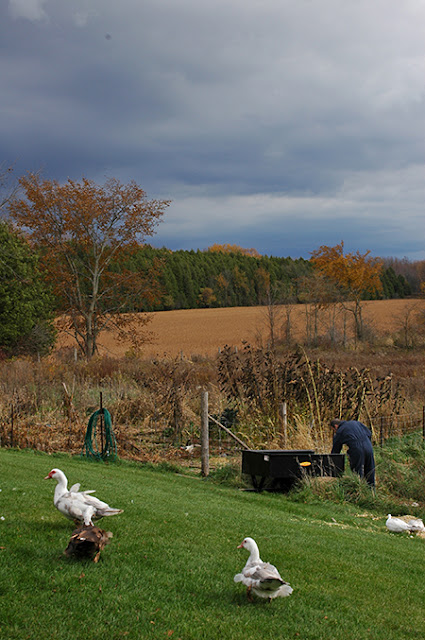 While Gordon was doing his chores, I worked on tidying up the lower barn. I excavated Gordon's work bench, and swept and swept and swept. I discovered yet another rusty old leghold trap. There are TONS in the barn, none of the functional! 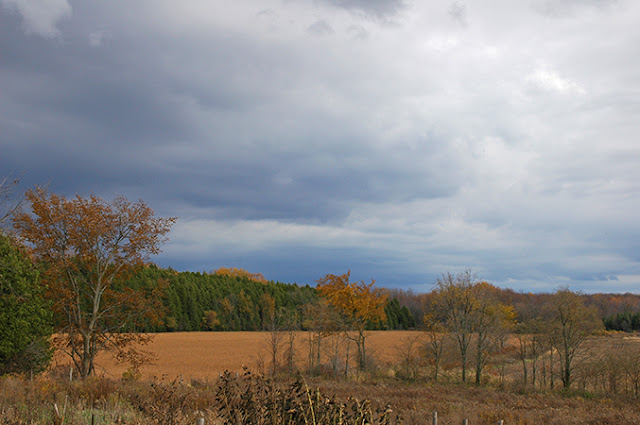 Still a little colour out there, but most of the leaves have fallen now. And the coop is clean. Hooray!