Tristan is slowing down a lot at the age of 10. A couple of weeks ago, he had x-rays done. We knew he had arthritis (for which he was on various medications) but not tto what extent. His back hips are grinding bone on bone, and his front elbows are just as bad. So our vet came up with a new drug cocktail for him. And I give him a cartrophen shot every week. I feel like Nurse Ratched! 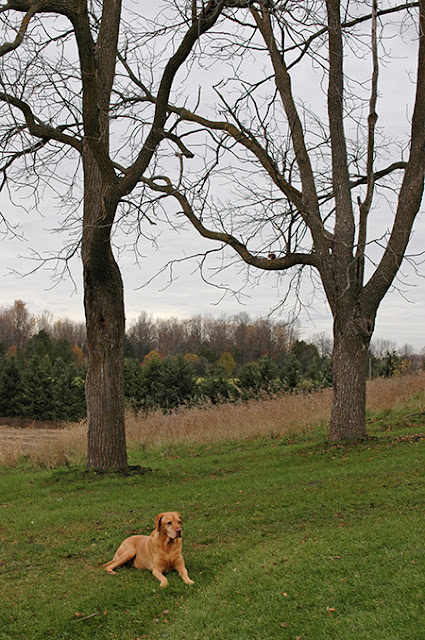 He still loves to go for a walk, but he's much slower than he used to be. That's okay! The vet said to keep exercising him as much as he wants, so he doesn't seize up. We had a nice walk the other day, and afterwardsTristan sacked out under the black walnut trees. 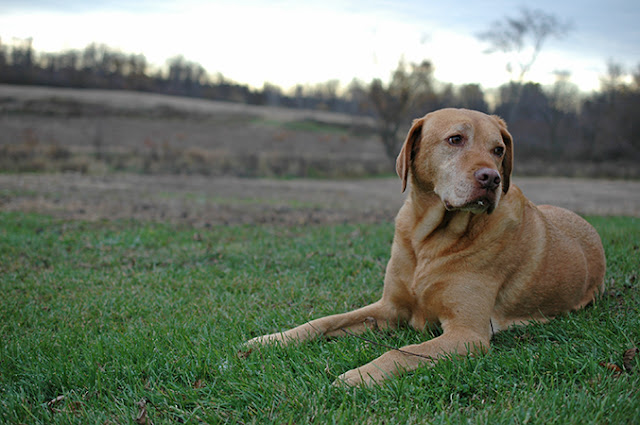 He is a handsome boy, with just a touch of slobber on his lower lip! 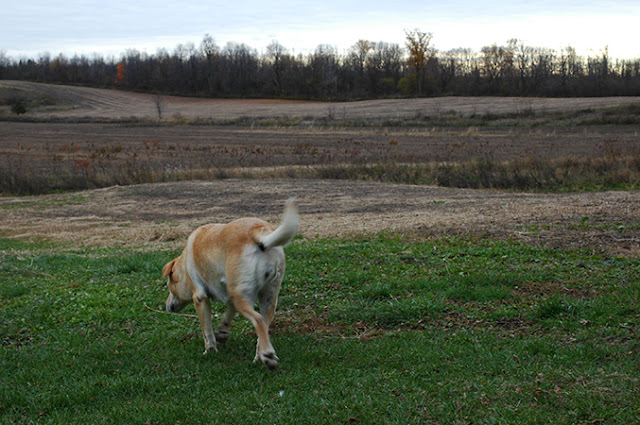 It's harder to get Sophie to sit still for a photograph. She's always a dog on a mission. And by contrast, she has not slowed down one iota, even though she's also 10. Next month will mark five years since the dogs arrived here.  They've now been with us as long as they were with their previous owners. Time sure flies. 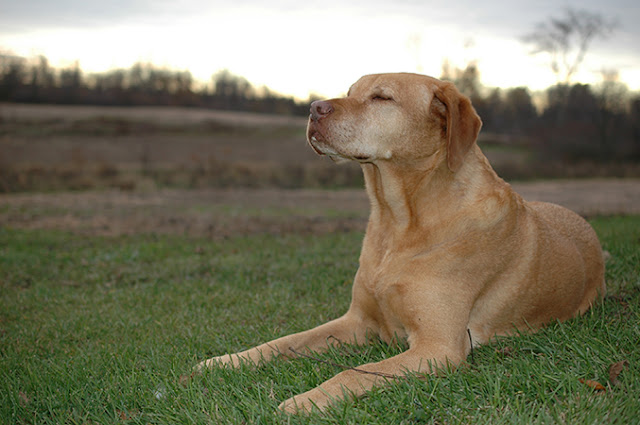 Something smelled good on the autumn breeze. Probably the manure spreader next door! 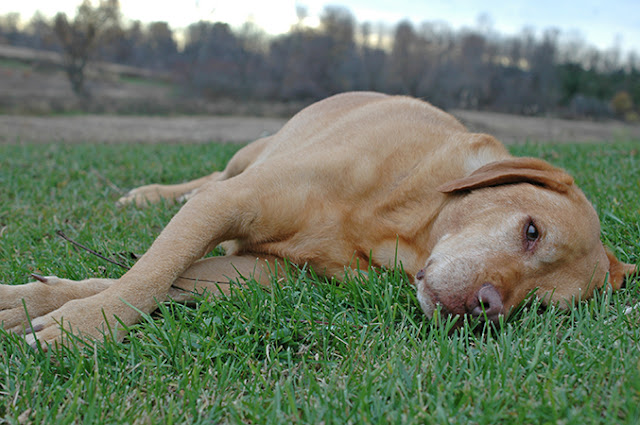 Tristan is aging with dignity. 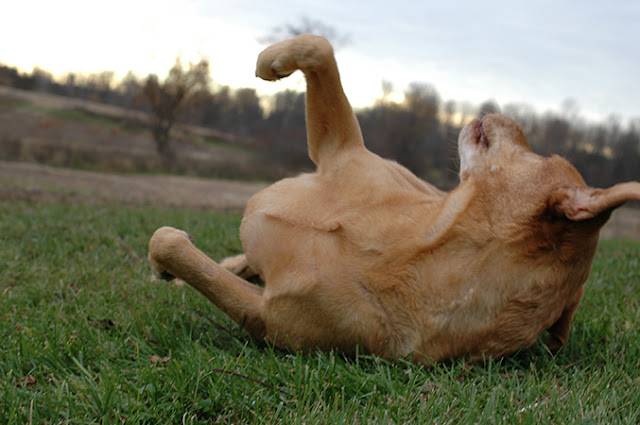 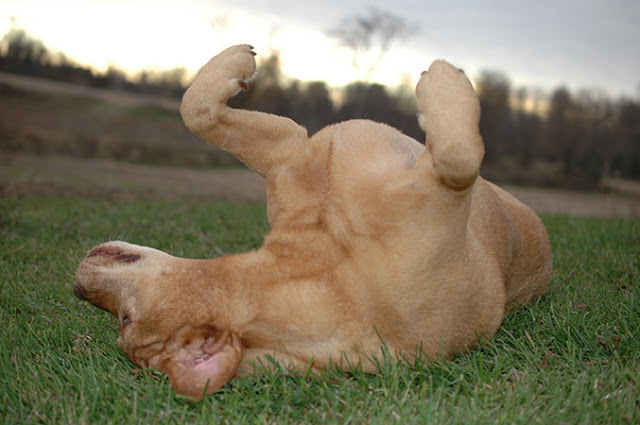 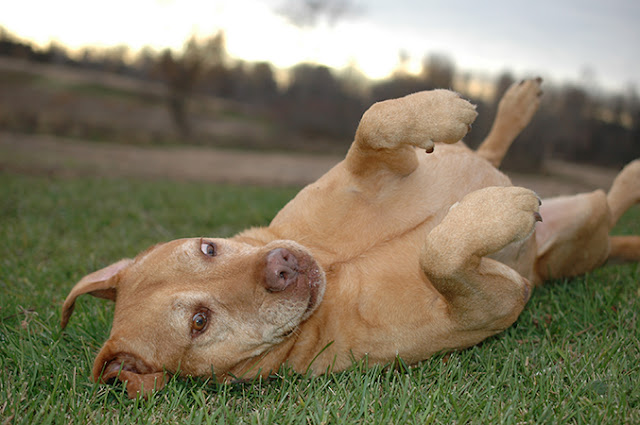 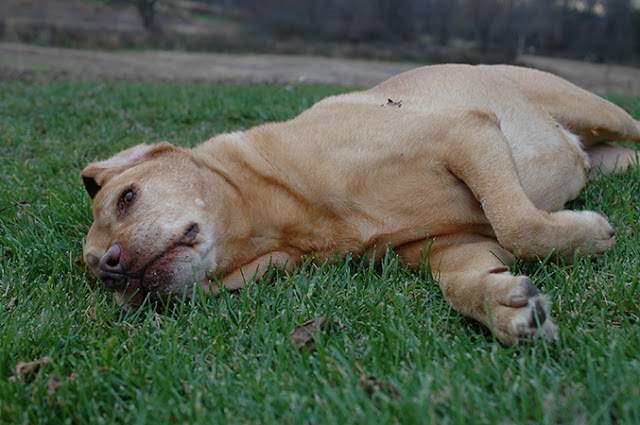 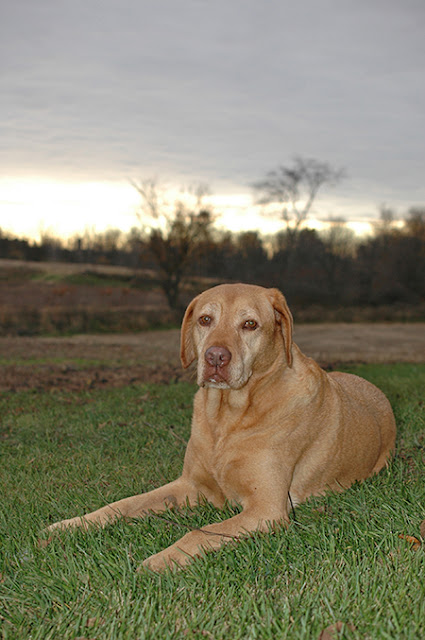 Today he and Sophie came out with me and my friends Ronna and Barb. We went to the back of the farm to sketch and had a great time. The dogs got lots of goodies from Auntie Ronna and Auntie Barb and had a wonderful time!

It's tough seeing the dogs age; they just never live long enough! But there's something quite lovely about a grey-muzzled old dog. :)