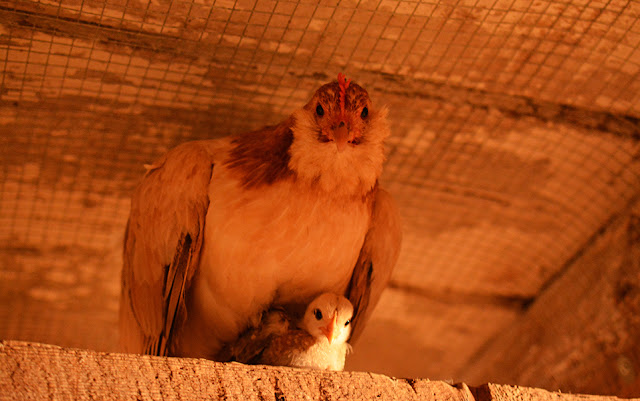 Emma the hen is fiercely protective of her little chick. 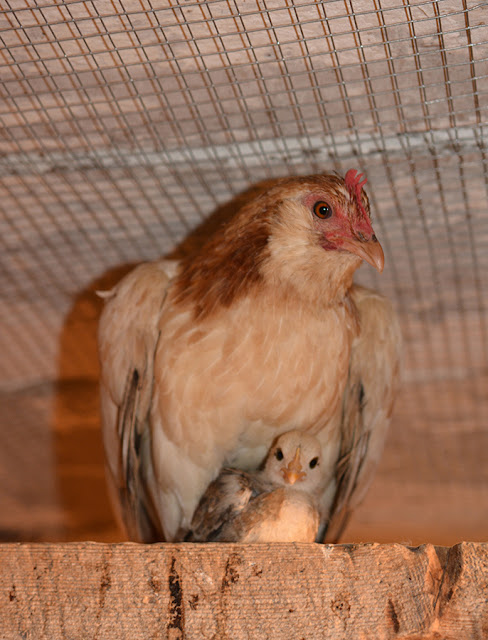 And little chick has apparently developed some amazing flying abilities already! Last night, the pair of them slept on a beam at the top of the chicken coop!  I think the youngster flew up to the top of the nest boxes, then to the ceiling. Amazing how this little thing can fly. 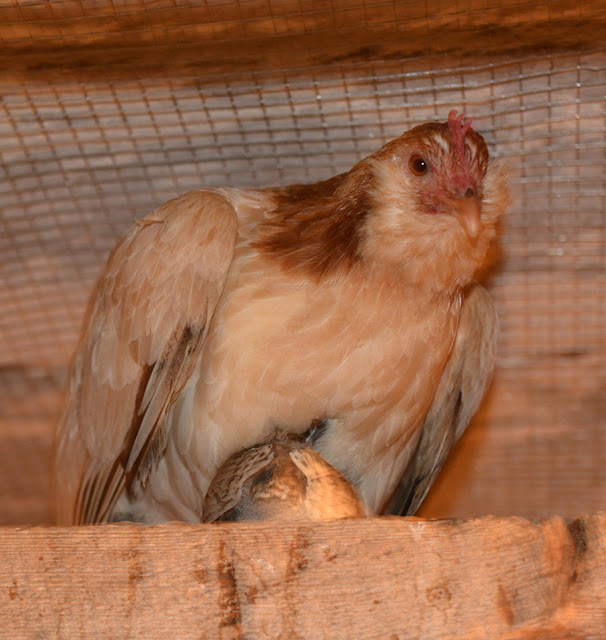 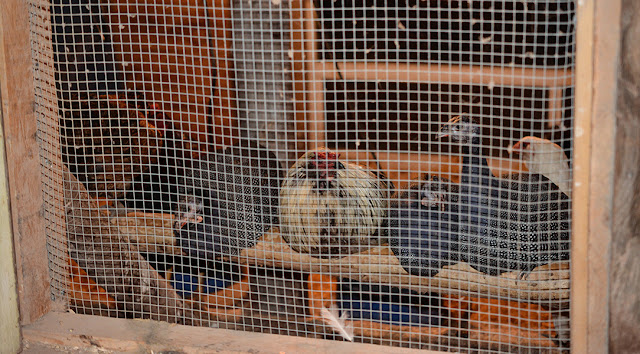 Meanwhile, the guineas have settled right in. They've snagged the top roost in the coop and last night were snuggled up to our Ameraucana rooster, who is named Jams. That's in part a tribute to my bloggy friend Jams, who passed away unexpectedly in March. I think he would have been pleased to have a rooster named in his offer, given how many duck and chicken haikus and limericks he wrote for my blog contests! :) And it's also fitting because we got this rooster at an auction we were attending with our friends Jake and Sam. "Jam" is a nice combo of the two names!

And today would have been my friend Carol's 48th birthday. She left us far too soon back in 2007. I like this picture of her with the "princes" at Madame Tussaud's in London. 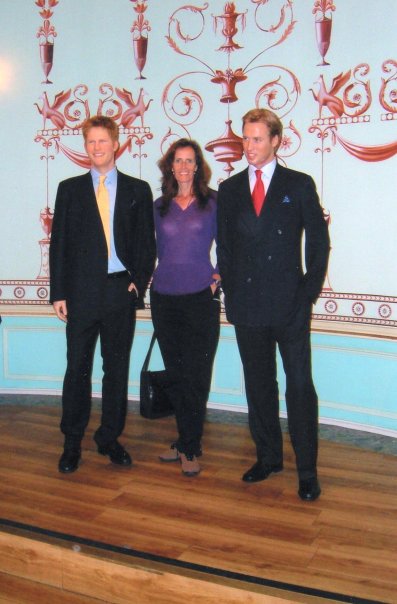 If you want to know more about my dear friend Carol, you can read the piece I wrote for the Globe and Mail's Lives Lived column a few years back.