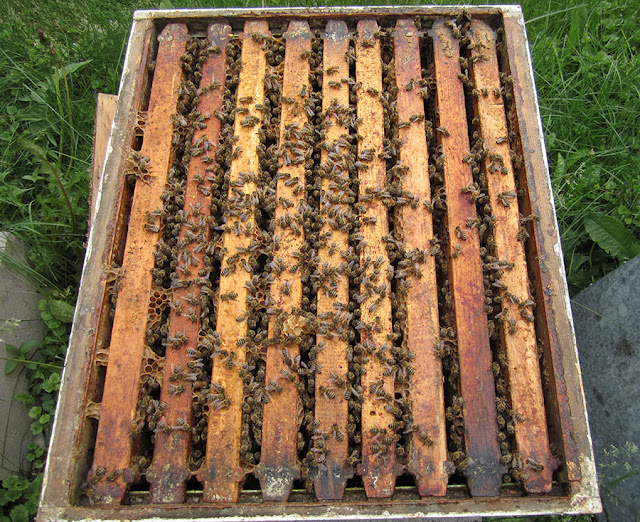 I had a quick peak at my weird hive today. It's okay but not the strongest. The girls had two queens a little while back, then killed off the old queen once the new queen had successfully mated. Here she is. with the yellow dot on her back: 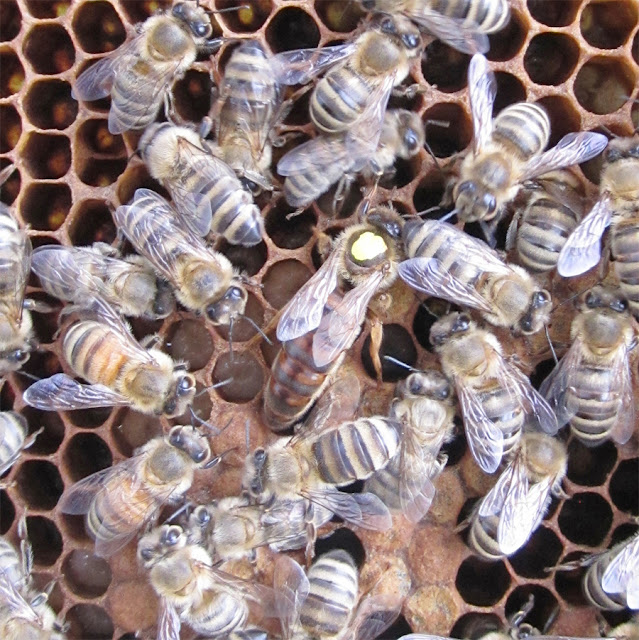 She's laying eggs but is a little slow. Can you see any eggs in these cells? Hint: they look like grains of rice. 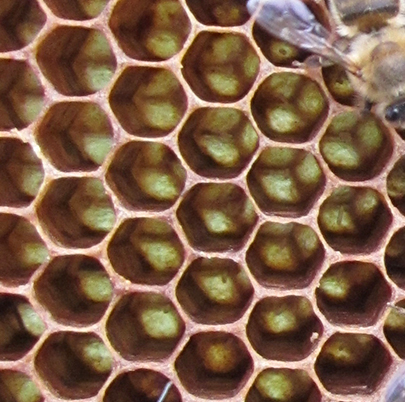 Here, I've circled some for you! 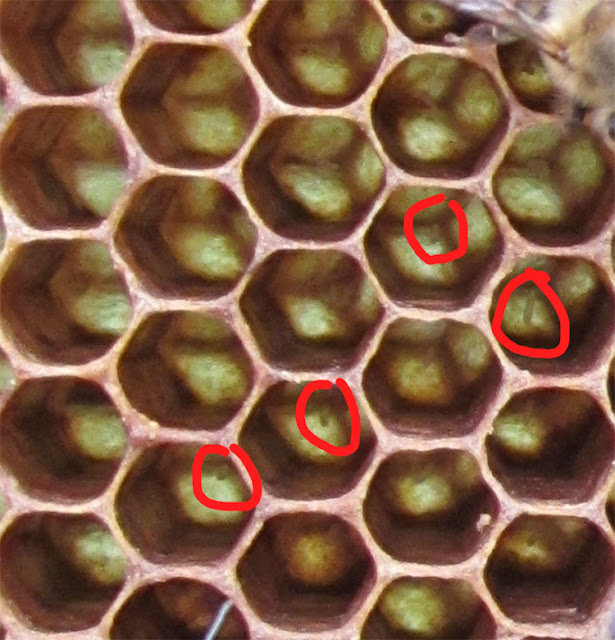 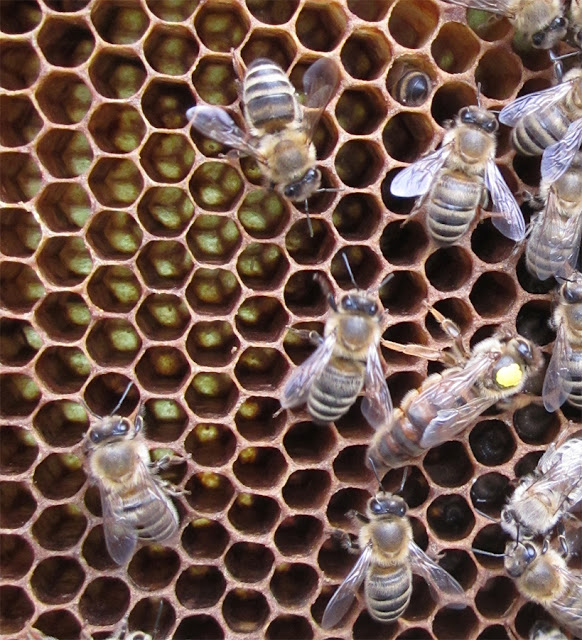 The queen marches around cells, depositing eggs as she goes. 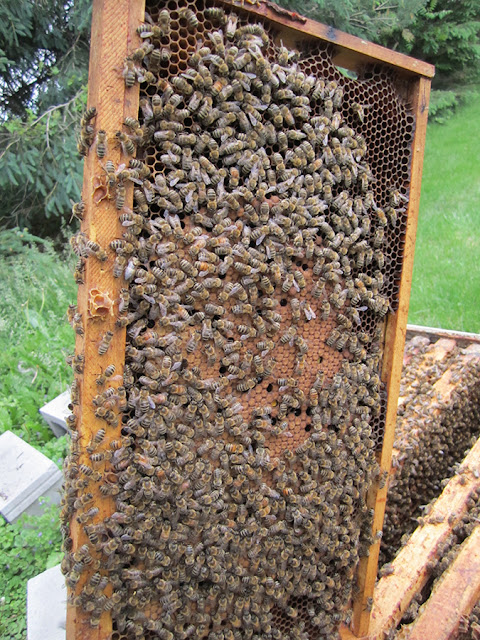 The population in that hive is definitely growing, and this is a nice frame of capped brood (pupating larvae in the cells, capped with that orangey-brown beeswax!) 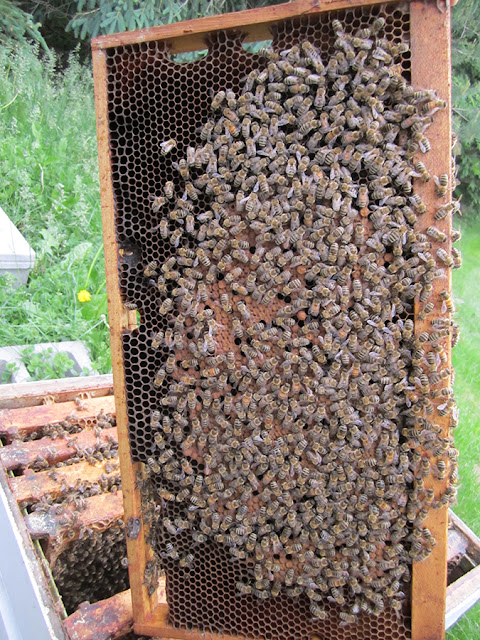 This frame is really old and need to be replaced, but not until all those eggs have hatched out! You can tell it's old by how dark the wax is. 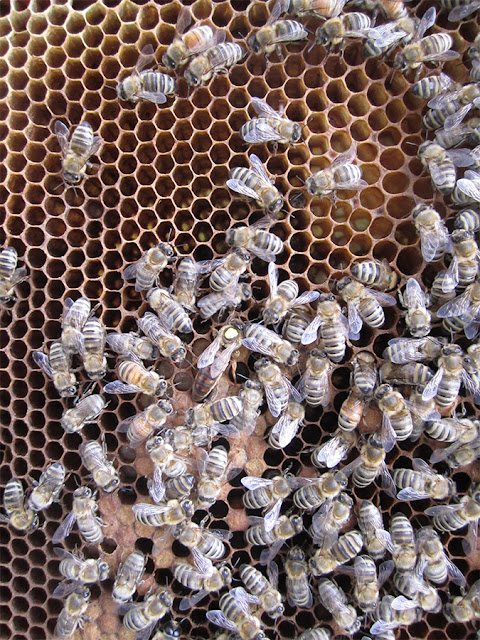 The queen and her workers. You can see some larvae in the uncapped cells around the queen. They look like white grubs. 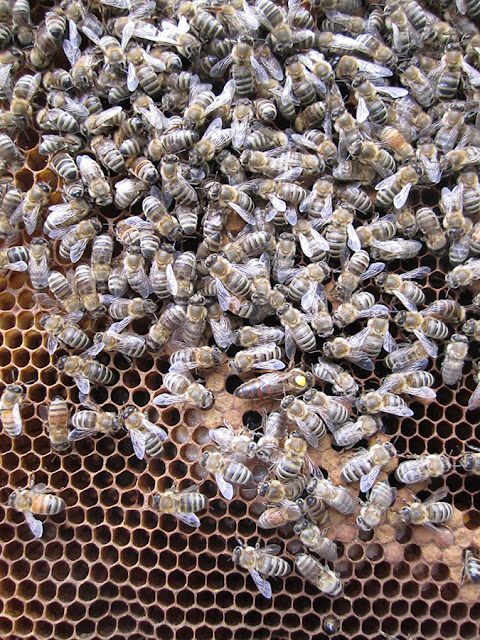 Can you spot the queen in this pic? The yellow dot helps! But she really is a lot bigger than the workers. 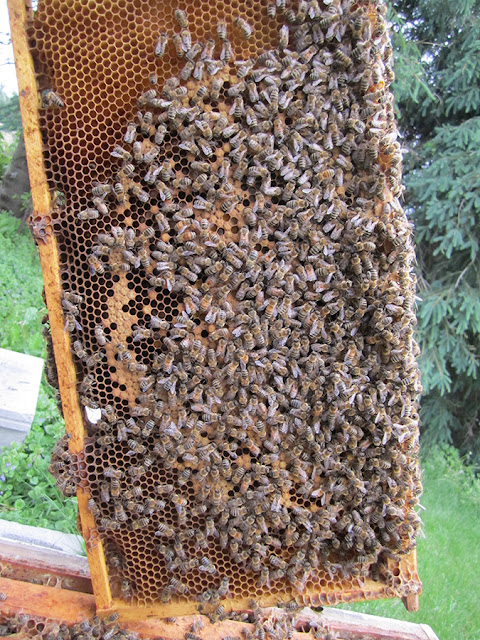 My friend Pierre is going to have a look and let me know whether or not we should replace the queen. That will involve squishing her unceremoniously and putting in a new, mated queen.

This weekend Pierre's helping me set up four new hives. The nucs I took over to his place a few weeks ago now have mated queens in them and are doing well. I am buying another nuc from him to bring it up to four new colonies, for a total of eight!

The girls were really cranky today, no doubt because we are having a roof putting over the duck run, and a backhoe drove by the hives twice on its way to and from making fencepost holes. Bees are not fond of machine-created vibrations! Actually, they're not very fond of vibrations, period. They were feisty today and took offence to my hive tool, but fortunately no one stung me. I used extra smoke to calm 'em down!

Bee good and bee-hive yourselves out there, ha ha.