As you can see, Jimette and Karène are not bothered at all by the slushy mess on the ground right now! 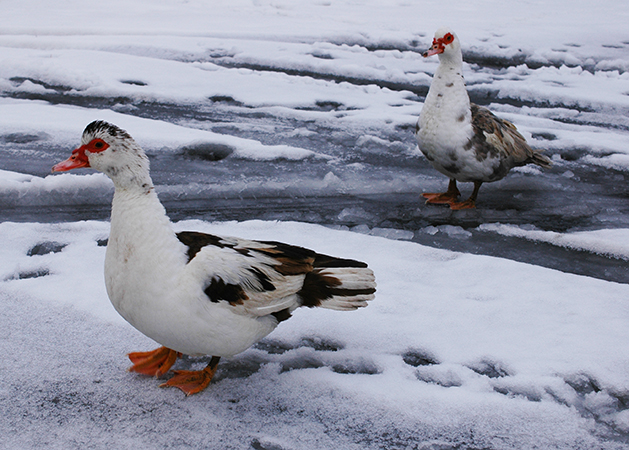 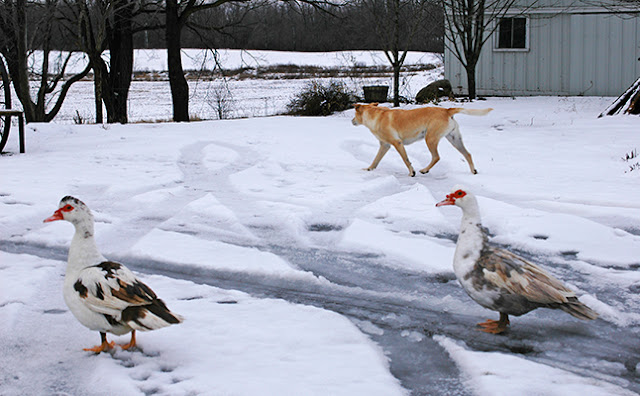 The chickens have been complaining that they aren't getting enough airtime on the blog... 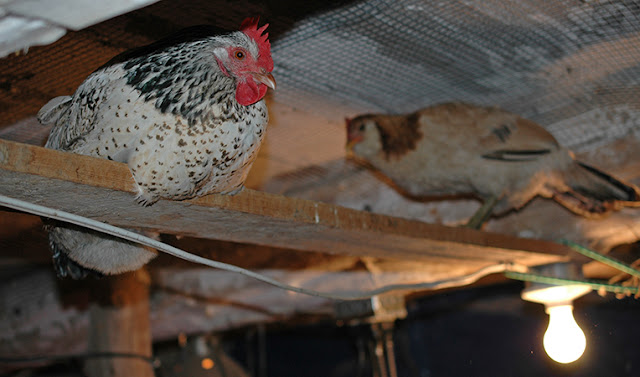 Penelope and Emma settling down for the night. Emma left her nest in the barn today. :( I guess that  means no Christmas chicks for us! She was off it all day, then came into the coop at bedtime.

And have I even introduced our new rooster? 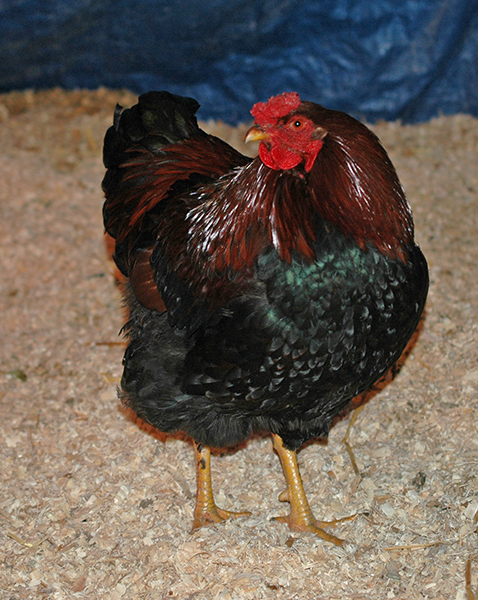 This is Zydeco, the Partridge Chantecler. He came to us as yet another prize from that rooster crowing contest back in September. I was offered two Partridge Chantecler  chicks in the spring, but then Laurie the breeder called me to ask if I wanted a rooster now. 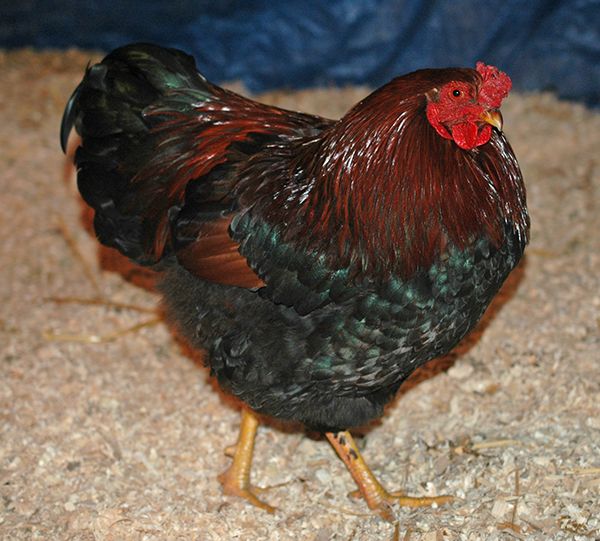 He is the biggest chicken we have. He is also a TOTAL horn-dog. He especially likes to jump on poor tiny Georgiana. I was afraid he'd smother her the first time I saw THAT happen. He was with a bunch of roosters at Laurie's farm, and probably thinks he's died and gone to rooster heaven. Well HELLO, ladies!

I like seeing everyone settled in for the night... that window opens into the duck coop. Not sure if they enjoy that view or not! 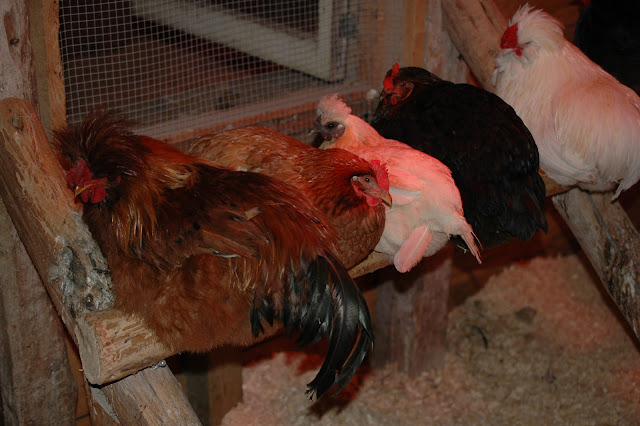 And here is my lovely Charlotte! 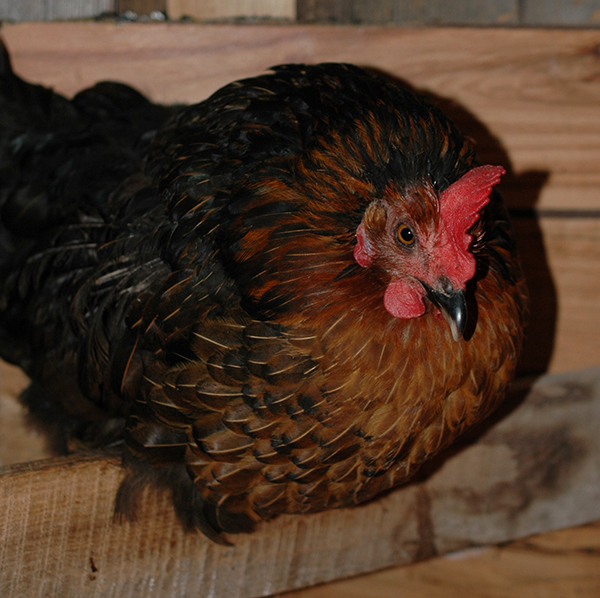 And here's Cupcake, snuggled down in an old apple box... 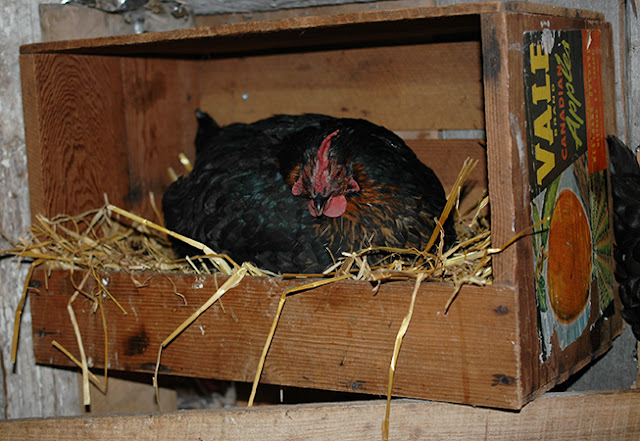 Tina is is the filling in a Sherlock/Lord Gaga sandwich! Wait, that sounded a bit naughty. 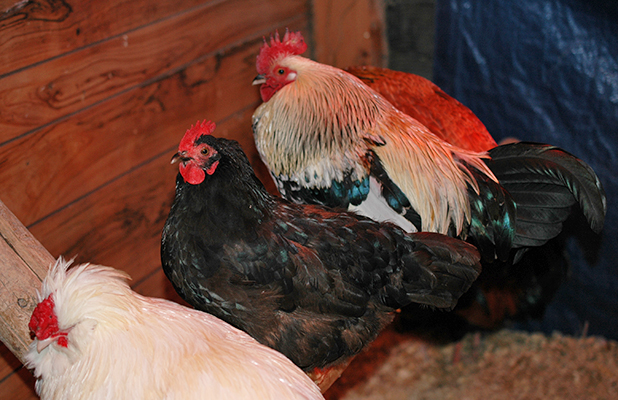 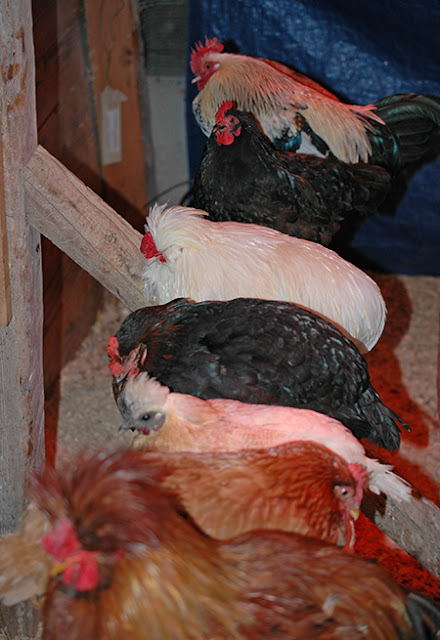 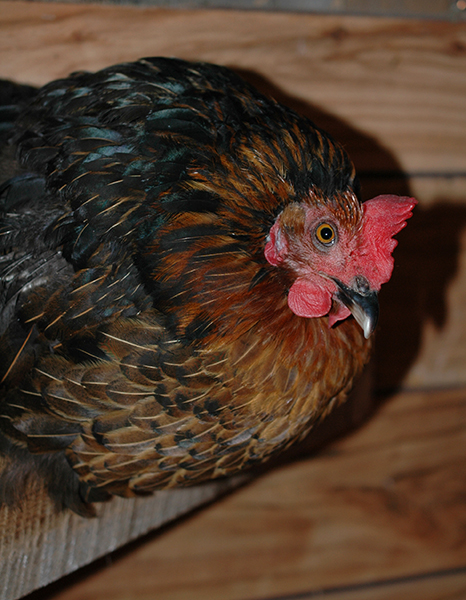