This week is kind of sucking... we have lost two great roosters! 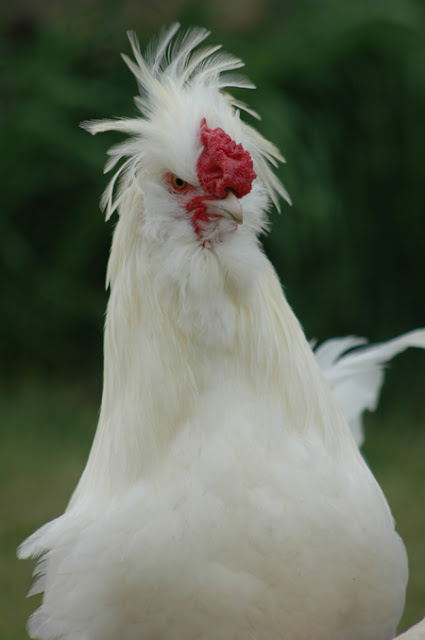 Both these boys died this week. Errol was ill the day he died, looking as if he'd had a stroke, but Lord Gaga just seemed to pass away in his sleep last night.

They were both six years old. They, along with Beaker (still clucking!) were our first roosters. We got them along with some female chicks back in July 2010. There was only supposed to be one rooster in the batch, and we were told we could exchange any extra roosters, but the three of them were so nice, we decided to keep them all. The three boys were devilishly handsome and real characters. It's not going to be the same without these two (and I will be casting a lot of nervous glances at Beaker!!)

Back in 2012, Errol Flynn won the rooster crowing contest at the Harvest Festival at the Glengarry Pioneer Museum in Dunvegan, ON. You can read about that here! 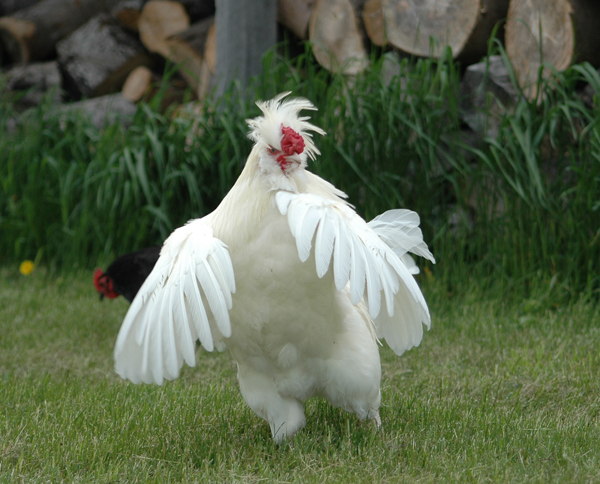 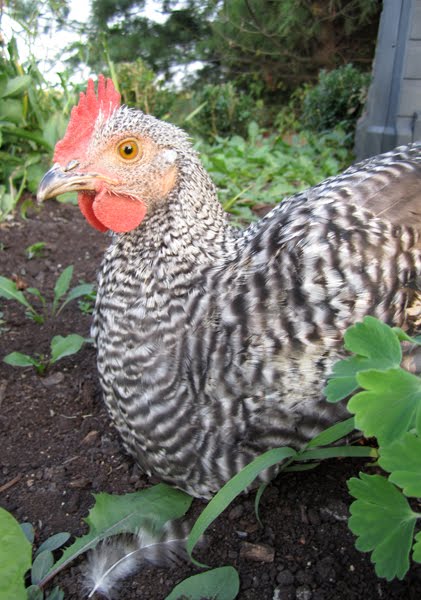 Errol as a youngster

Errol inspired some of my art, too... 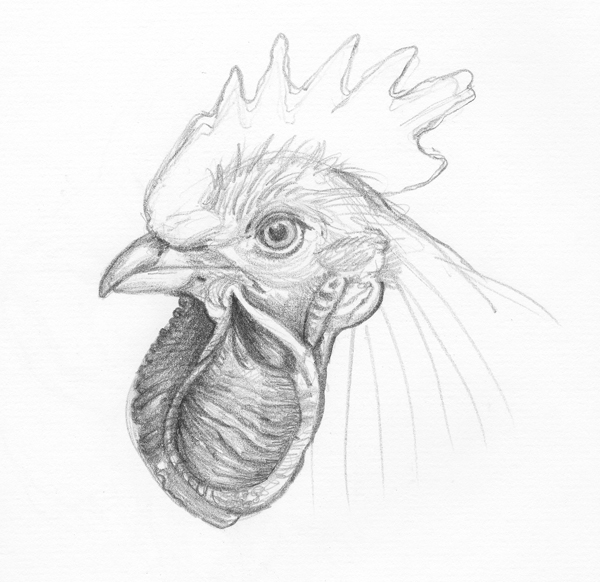 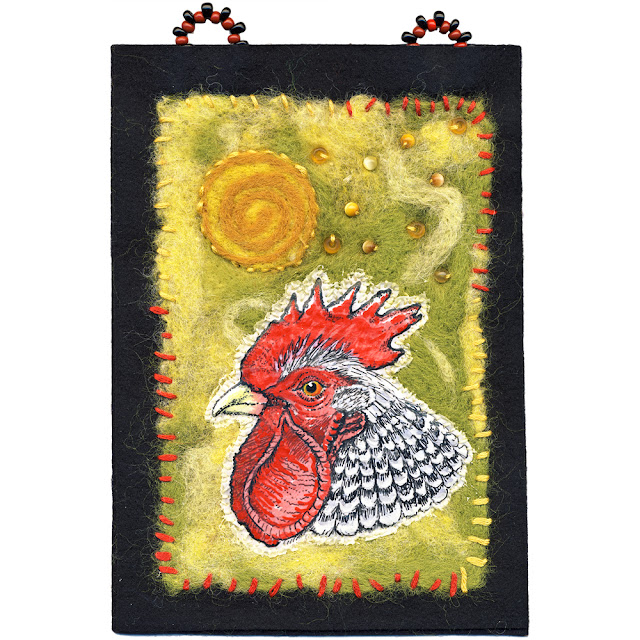 Rest in peace, you two. You were the best boys!