First off, I apologize for being a slacker in reading blogs/writing on my own blog lately. It's not that I'm not thinking of you and loving all your great comments! I really want to catch up and I will. It has been a crazy week. Gordon has been away in New Brunswick all week, doing a trial, so I've had all his chores on top of my own to contend with. And yesterday was devoted to this... 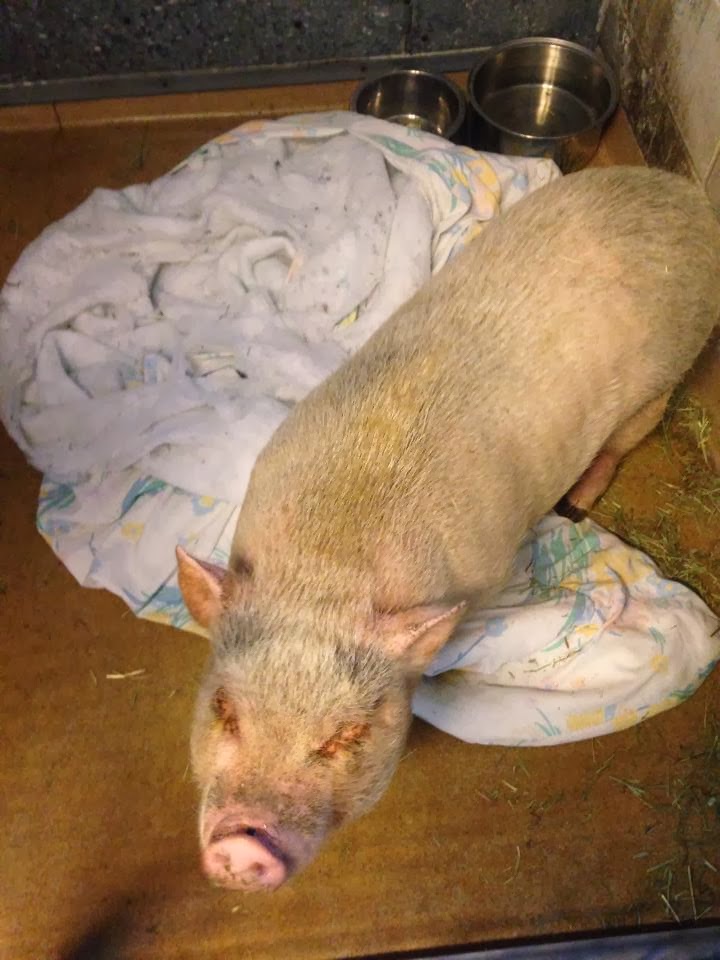 This is Ophelia, our new rescue pig. An unfortunate animal owner passed on this week, so several critters were brought to our local shelter, which is not really equipped for farm animals. So as well as adopting too hens, we are taking Ophelia. She needs a bit of a scrub, and I will get her to a porcine vet for a check-up soon.

When I heard about her from my friend at the shelter (via Facebook at 7 am!), I thought she was a young 40-lb  regular old farm pig. 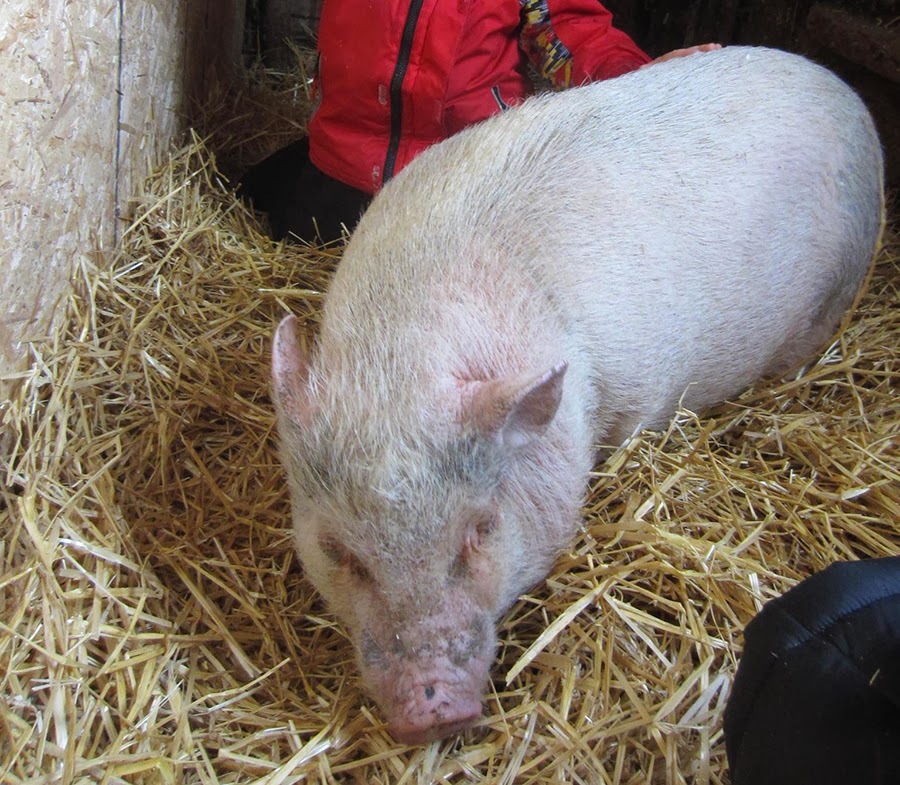 Got down there to discover she's actually more like an 80-lb pot-bellied pig, three years old.

She is staying with my friend right now until we get a stall of some sort built for her in our barn.  The OSPCA agent told me that people often take these pigs to farm animal auctions when they get too big, and they end up at farms.

Ophelia is so friendly, we figure she must have been a pet at some point! Poor honey. I think she could stand to lose a little weight, too. I picked her up some "miniature pig" food, which I miraculously found at a feed store in Cornwall. I had to get that after picking up a bag of hog grower. When I got her and realized she was not a regular pig, I made another trip to the feed store.

She's very placid, friendly and gentle. I drove her to my friend's in a dog crate in the back of my car, and she made no fuss at all. 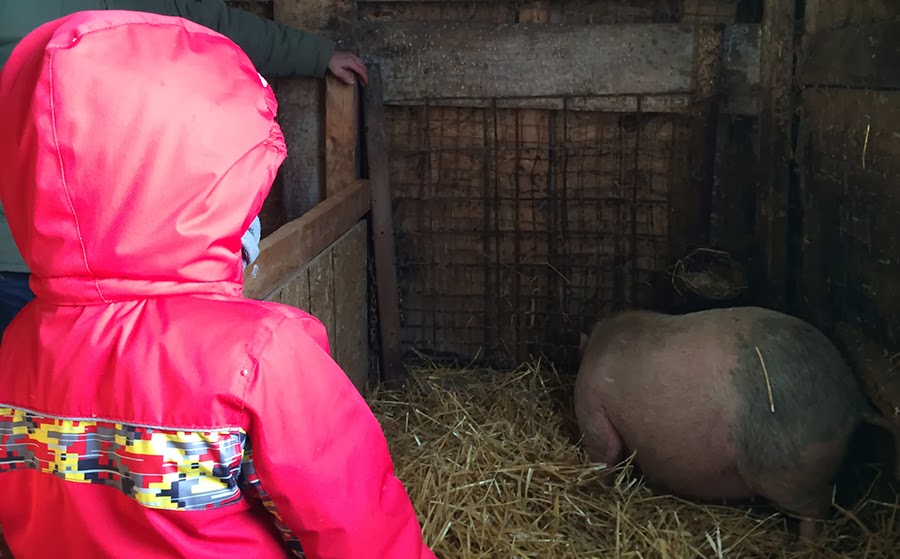 My friend's grandson already loves her, but has been told she's only there temporarily. I did tell him he can visit Ophelia anytime after she moves here. 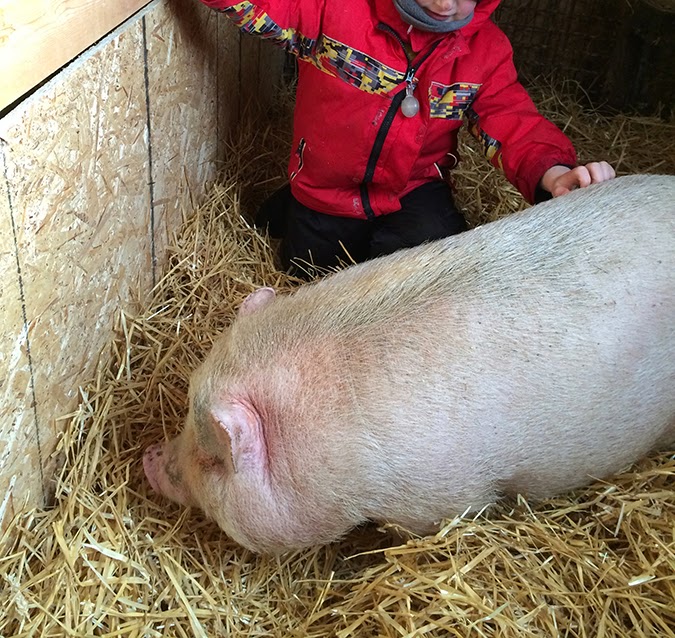 They are friends already. Today she took half a Milkbone dog biscuit from her.

I of course need to take a crash course on pig ownership. I know they are very smart and need stimulation. While she won't be living in our house (!), we will certainly take good care of her. Some people have said she'll need a friend, but I'll worry about that once we get her shelter built and get her settled in.

Meanwhile, my friend, who used to keep pigs, is taking great care of her. He checked on her last night and said she had completely buried herself in the straw!

At the shelter, she was given an old comforter the first night. The next morning, they found that she'd ripped it open and crawled right inside with the stuffing.

I think she's going to be a great addition to our place. My friend came up with her name!