Things are going SWIMMINGLY here with Louise, the new kitty. Today she and Naomi touched noses with no hissing. In fact, the only hissing coming out of anybody has been from Louise herself. I  think her modus operandi has been, "Hiss first, ask questions later!" She has hissed at herself twice in the mirror! The other cats just look at her like she's crazy and go about their business. And the hissing is lessening every day.

She and Naomi seem to have mostly hit it off and were playing on the bed last night. The following pics were all taken with either my iPad or iPhone and aren't the greatest quality, but you'll get the idea! 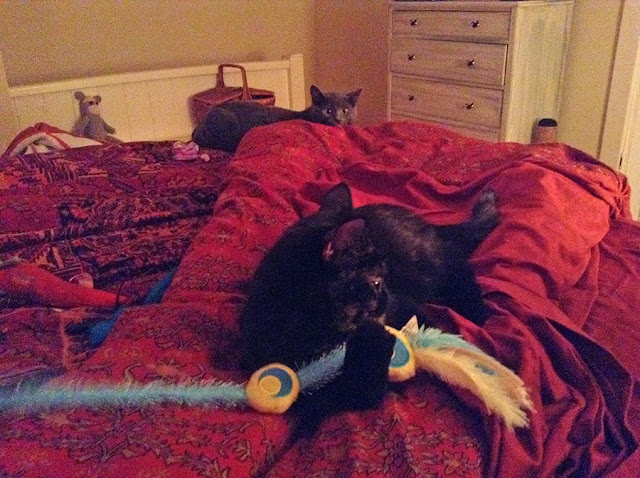 Sophie is FASCINATED with Louise. Louise is very curious about the dogs. She went nose-to-nose with Sophie and there was no hissing or growling from either side! 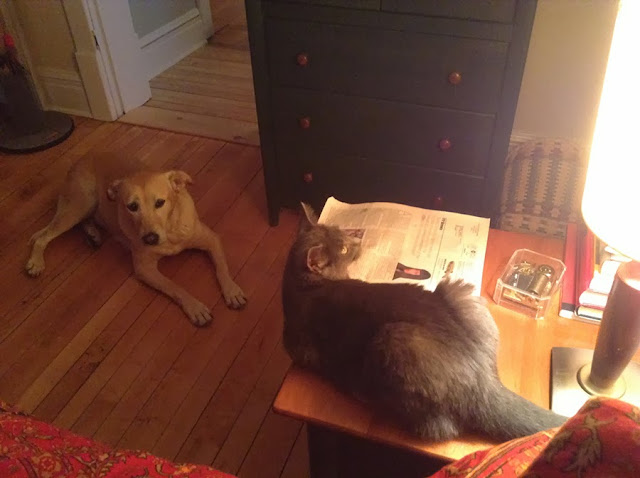 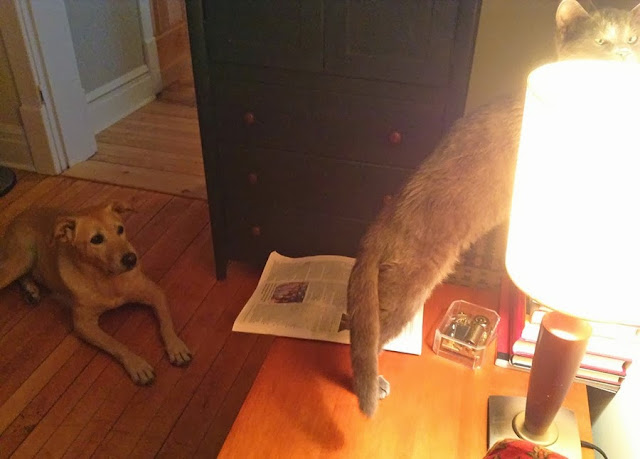 And Louise was checking out the ladybug flying around the bedside lamp!

Emily is the least impressed with Louise. She seems a little scared of her, but Louise isn't aggressive with her. Emily has responded by channelling her inner mountain-climber... 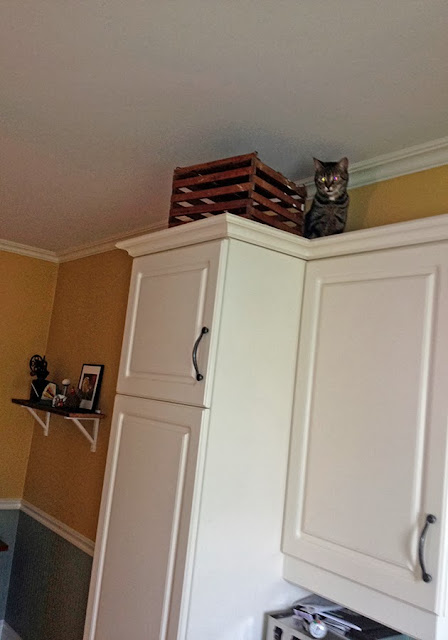 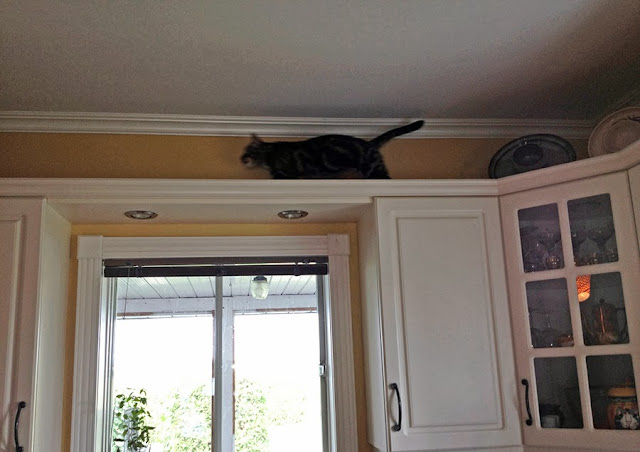 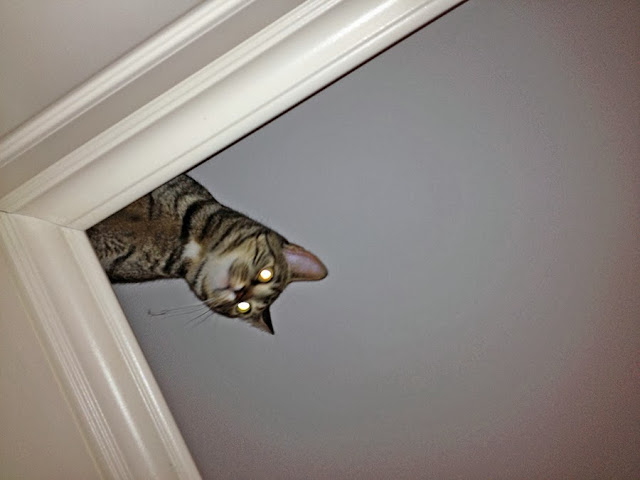 She hops on the counter, then onto the top of the fridge, then up on top of the cupboards!

So far, so good! Louise still hasn't ventured downstairs. She almost made it down the front staircase yesterday, but Tristan was sleeping on the landing, blocking her way, so she went back up. She spends a lot of time scampering around up there. I figure she'll explore down here when she's ready!

She is still super-cuddly and purrs very loudly. All the cats are getting extra treats, playtime and attention and it seems to be doing the trick.