The girls are getting quite big now, though they still aren't full-grown. However, I think they could give Chef Nick a bit of a fight if he came at them with his charmoula sauce! Now that they are happily ensconced in their coop, they are allowed out for supervised wanderings every day. 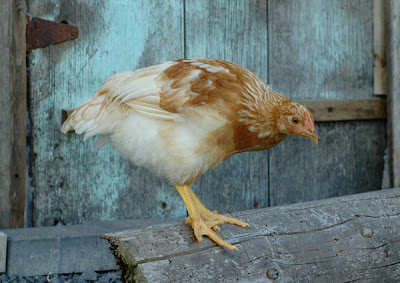 I do believe this is "Runtley", the smallest chick at the bottom of the pecking order. She's doing very well. I am at the stage where I am ready to assign names, since I can mostly tell them apart now. 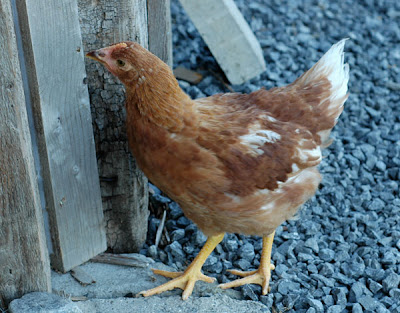 They are obsessed with pecking at the caulking Gordon used to seal gaps in the coop. This girl is checking out a nice vertical strip of the stuff. It's a bit of a problem! 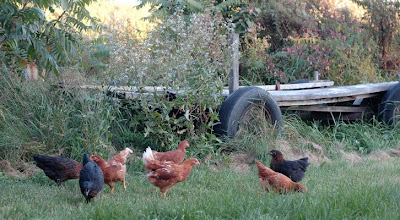 The flock hangs out by the old wagon. 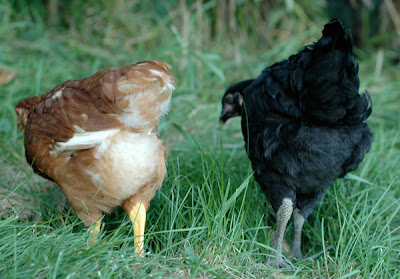 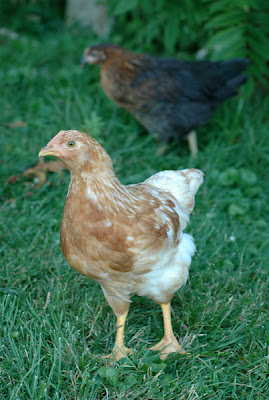 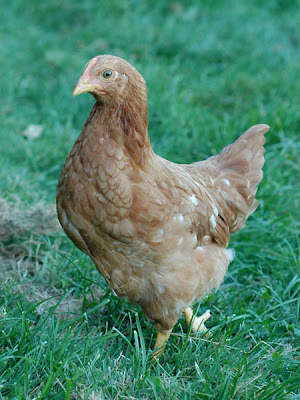 I've taken to calling this one "Buffy" because of her buffy colour. Plus I always liked Buffy the Vampire Slayer. 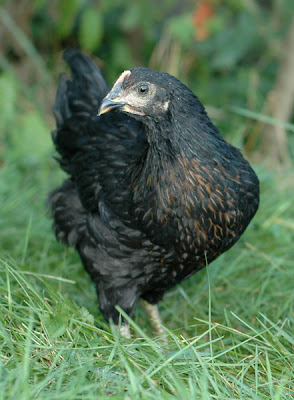 One of my lovely feathered friends. Last night at sunset, I took a chair into the coop and had five chickens sitting on me at one point, getting their cuddles. One of them snuggled right up against me and settled down for 20 minutes of affection. I hope they'll still love me when I start stealing their eggs!

And did you know they make diapers for chickens?! So if you want a pet chicken in the house, it's no problem! I'm wondering what our cats would think if they found chickens roosting on the couch!