A present from Sophie

Welllll, I hadn't received any "presents" from Sophie in quite a while, so I'd let my guard down. Then, while we were walking around the fields the other evening, I saw this (I was out taking photos so my camera was right at hand): 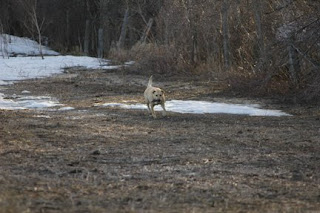 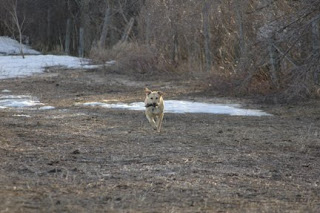 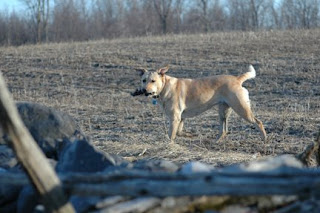 “Oh my. She's looking awfully proud and determined, and she's coming to me!” (she had to go around a stone wall) “I don't think that's a clump of dirt, or a piece of wood, or some animal's poop...”

Sophie only ever brings me on thing, besides her ball... 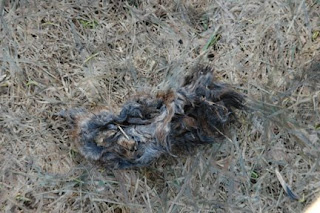 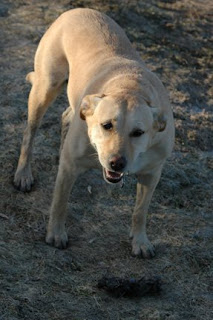 “Look, Mummy, LOOK what I brought for you! I am so PROUD! I am such a MIGHTY huntress!” 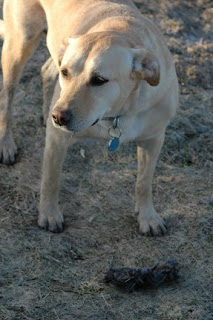 ”Wait, if you're going to take photos, THIS is my best side.”

Ah yes, she'd brought the remains of yet another poor little creature. At first I thought "muskrat bits" bit I'm pretty sure it was a meadow vole. I found a dead onw in the fields a few weeks back and it had exactly the same fur. Plus, muskrats are quite a bit bigger than meadow voles!

Much as I treasured Sophie's gift, I really didn't need or want it. Still, I did not want to offend her by refusing such generosity. So I gingerly picked the... thing ...up by my fingertips, and when Sophie ran on ahead, I tossed it into the creek.

However, I neglected to take into account the fact that the creek was flowing fairly quickly downstream... towards the dogs.

The blotch in the water is poor deceased Mr. Meadow Vole: 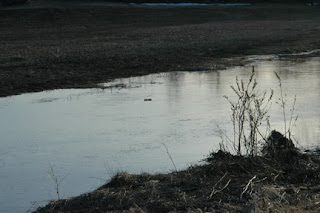 And at about the time I spotted it, so did Sophie. And she sure as hell wasn't going to let THAT treasure just float on by... 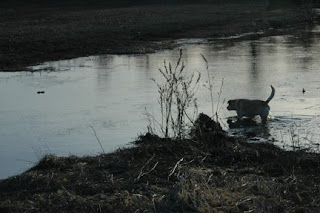 Oooooh dear, I could see where this was going. 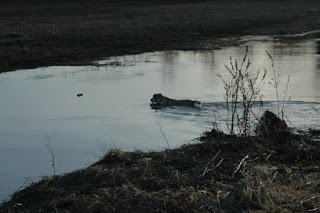 She is a Labrador RETRIEVER, after all... 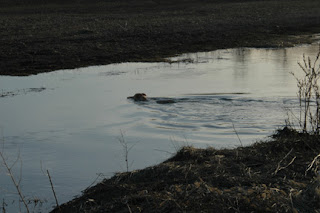 And out the other side. Success! 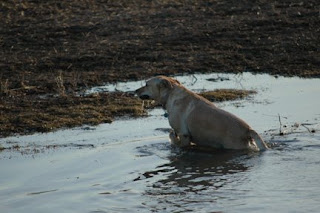 Once again, ever so proud. And WET. 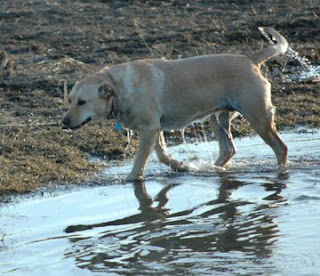 And this time, she wasn't going to be foolish enough to drop it at Mummy's feet. 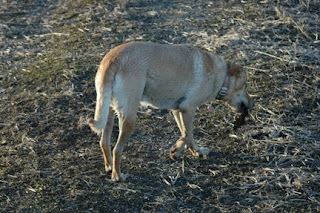 It's going to be a long spring.