It took me a few days to get around to writing this, because it is hard to write about Millicent without crying. Well, I still can't...

On Sunday, we let Millicent go to Rainbow Bridge. The malignant tumour in her abdomen was huge, and while she was still eating, she'd clearly lost her spark, and we didn't want to make her wait any longer. The vet was amazed the tumour had not yet caused a blockage in her digestive tract...

She was very calm and relaxed at the vet's office. She stretched out on the blanket they put down for her, and we said our good-byes. 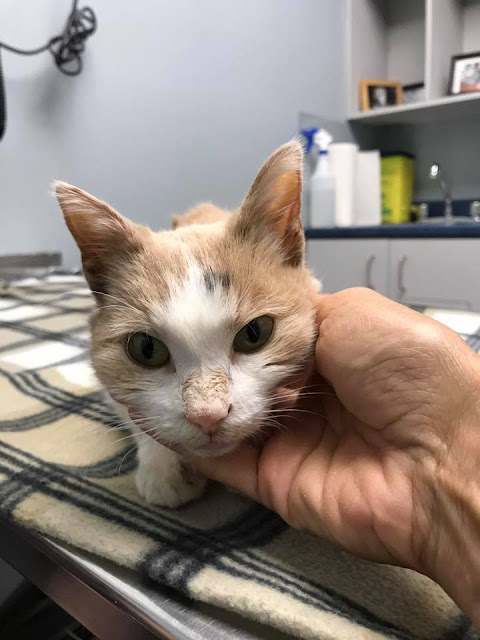 Millicent came to us a year ago after being abandoned at a nearby farm when her owner went into a nursing home. A kind elderly neighbour named Helen saw that Millicent was starving, but couldn't take her in, so she made sure she was fed every day, and loved. And then Helen asked us to take Millicent in. She offered to pay for her spay. So Millicent became ours... 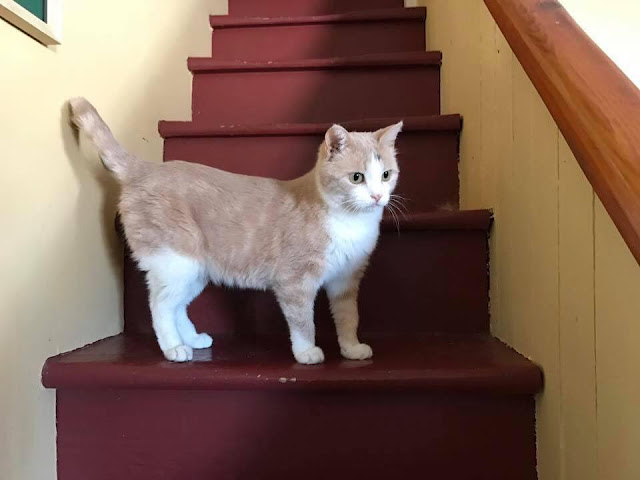 Millicent was supposed to be a barn cat, but that didn't quite work out. After she got an abscess on the base of her tail, we brought her in the house to recuperate, and she never left! She stayed in Gordon's office for many months, of her own volition. Then one day she just decided to join the rest of the household.

Her favourite place to be was on my desk, preferably stepping on my keyboard while blocking my view of the computer screen, as she purred loudly and demanded petting. 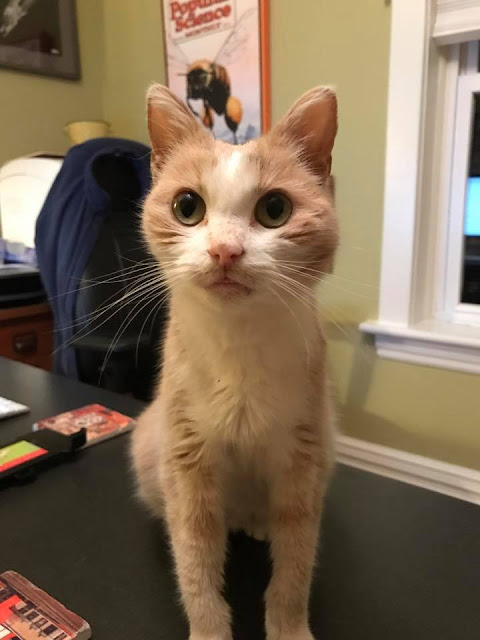 Even as she grew thinner, she still spent most of her time in my office or on my desk.

My friend Wendy brought Millicent sardines and cans of delicious fishy cat food to keep her eating, and Millicent loved it! She also enoyed a daily treat of Greek yogurt, and Gordon offered her his cereal bowl to lick every morning. On Sunday morning, he gave her a spoonful of his breakfast to eat before he had any himself. 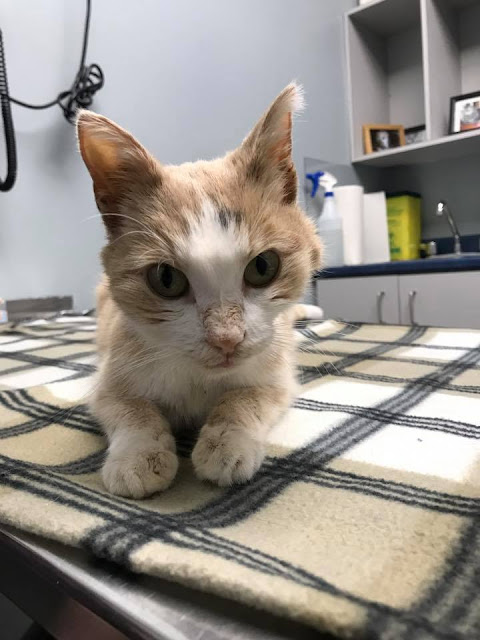 Sardine juice on her nose.

I am still angry that Millicent's life was cut short... she deserved to have more time being loved by us. She was only three, and she was so content here. She had no desire to go outside; I think she was just glad to be safe and well fed, and had spent enough time roughing it in her previous life. She just loved to sit on a windowsill and watch the world go by.

Millicent liked to be petted but didn't much like being held. However, on Sunday morning, she let me pick her up and hold her against my chest as we went for a walk around the garden. I showed her the flowers and the Painted Lady butterflies, and gave her a little bit of catnip to sniff. She crossed her front paws and leaned into me, purring loudly as she always did. I told her how much Gordon and I loved her, and how lucky we were to have had her in our lives for the past year.


She was a sweetheart of a cat who asked nothing of us, caused no trouble, and got along with the dogs and all the other cats. I feel like she was an old soul, and a beautiful girl as well, with that one little smudge of grey on her forehead.

Millicent has the most peaceful death I've ever seen. She was ready to go. When the vet gave her the sedative, she closed her eyes and stuck our her little pink tongue, as she so often did. When he administered the final medications, she quietly left us. 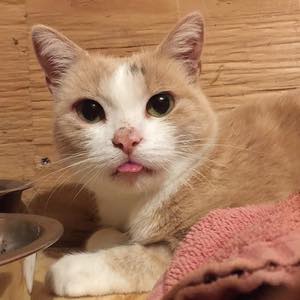 Such a little kitty, such a big hole she left in our lives.

Good bye, Millicent. We will always miss you and never forget you and your sweet ways.