So, we've been having work done on our granary, including a new roof. When I got home the other day, there was a Christmas card in my mailbox that said "Merry Christmas from your favourite elves! Hope you like the gift!"

But I couldn't see a gift anywhere. Looked all around... nothing. So off I went to the barn to do chores. And when I came up the steps from the lower barn half an hour later, I finally saw it... 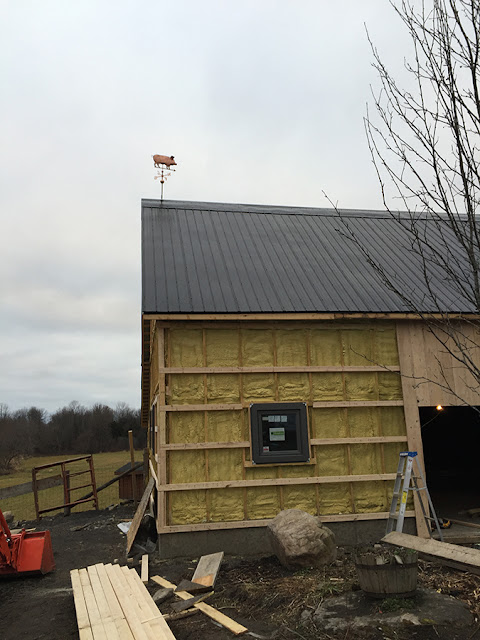 THE MOST AWESOME GIFT EVER!! 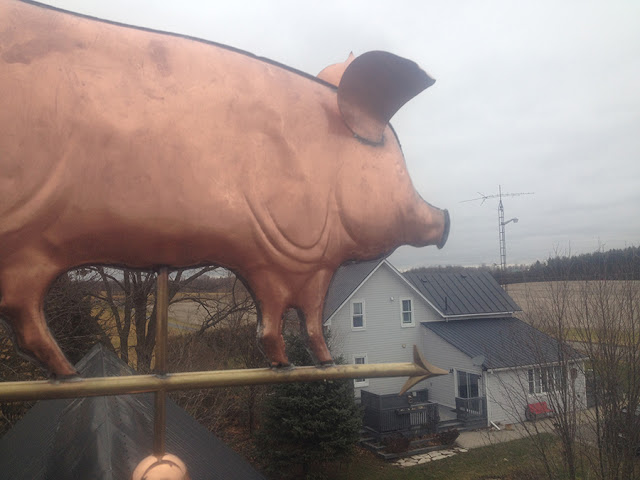 Our very own pig weathervane! Luc, who does lots of work here for us (including the granary) found this, and he and Shawn (who looks after our garden and also helps out Luc) went in on it, and waited until I was out for the day to install it on our new granary roof.

What they didn't know is that I have wanted a cool weathervane since we bought out first house in 1996. And this one is PERFECT! The pigs' pen is in the old carriage shed attached to the back of the granary. Now they have a flying pig to overlook them in their pasture!

Shawn took the above pic while he was on the roof installing the weathervane.

I feel pretty lucky to have such kind and thoughtful people in my life. We just love this.

And here's a pic of Tristan, who thinks the cats get way too much attention. But he does like a good cat bed... 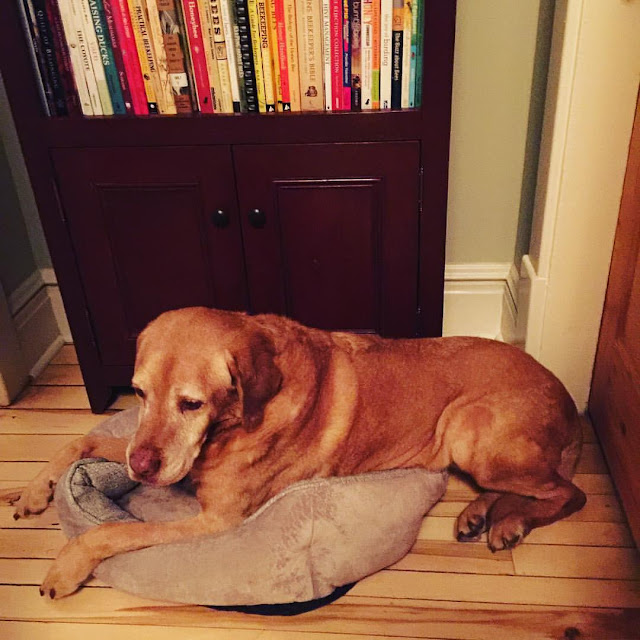 Oh yeah, Gordon fell off his doofus horse Sandy at our riding lesson last night! He's fine. She tripped (she's a klutz like her daddy!) and he sort of slithered off with a soft thud. I was riding ahead of him at the time and just saw him hit the ground. He was fine and got right back on again. It has been quite the week with Sandy... first she tosses us out of the cart at driving camp, now she's dumping Gordon!

I think he would have stayed on were his seat just a little more developed. She went down on her two front legs when she tripped, and Gordon lost his balance. 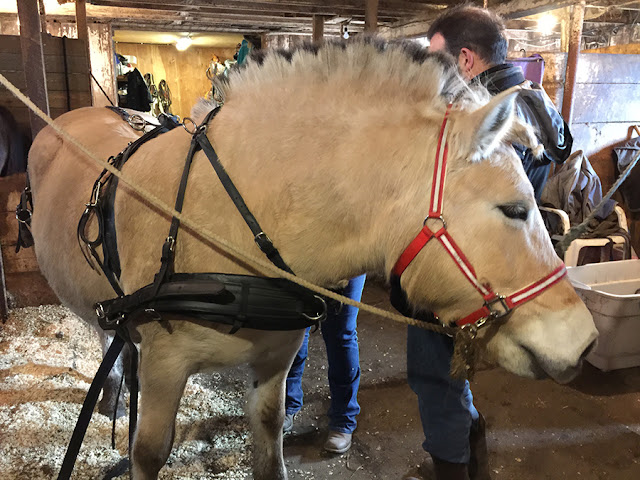 But we still love her! She is just four years old and still learning. :)