Is it Monday okay? Yeeeesh...

Yesterday we worked with Finney on his driving. He's so smart and if you don't keep him busy, he gets naughty. I just love him! 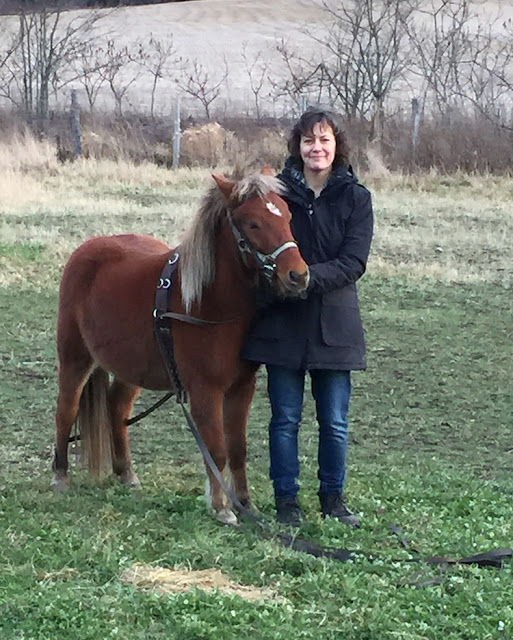 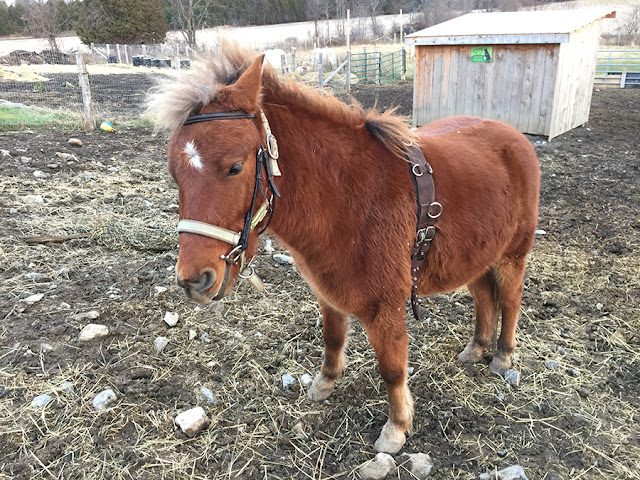 He's getting all fluffy for winter... and a little fat, oops. 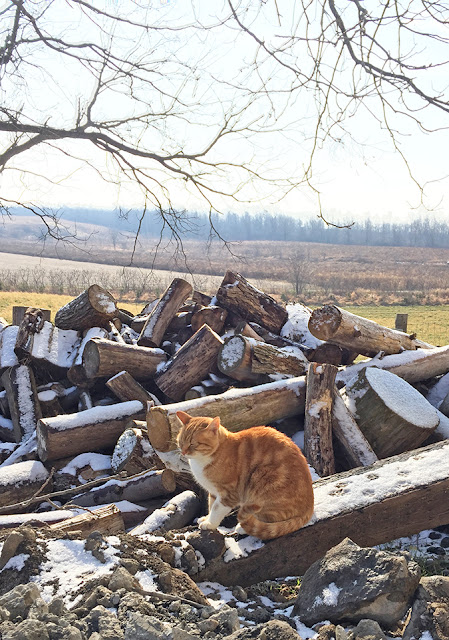 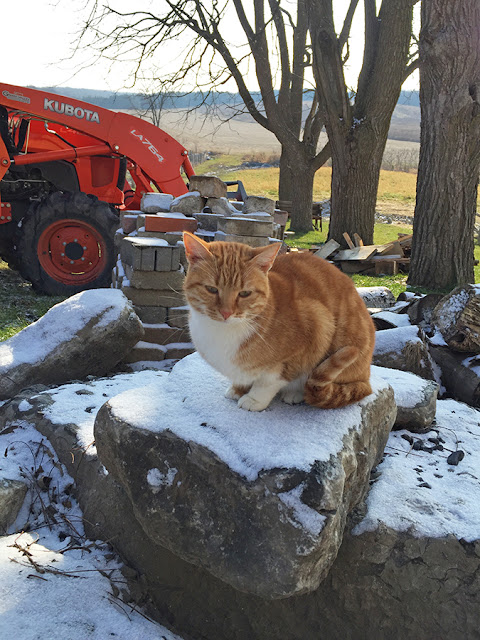 We've had very little snow so far. We've often had some significant snowfalls by the end of November, but not this year.

And our place is a construction site right now! 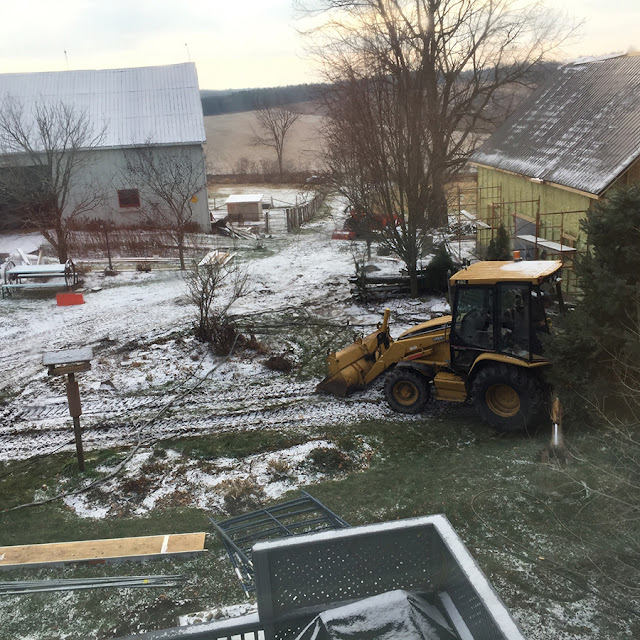 We are renovating our granary (I call it the 1200 SF cat house!) and we also had water lines put in to the ponies/birds and the pigs/ goats. These are five feet deep and the hydrants won't freeze in winter, so no more bucket-hauling!! 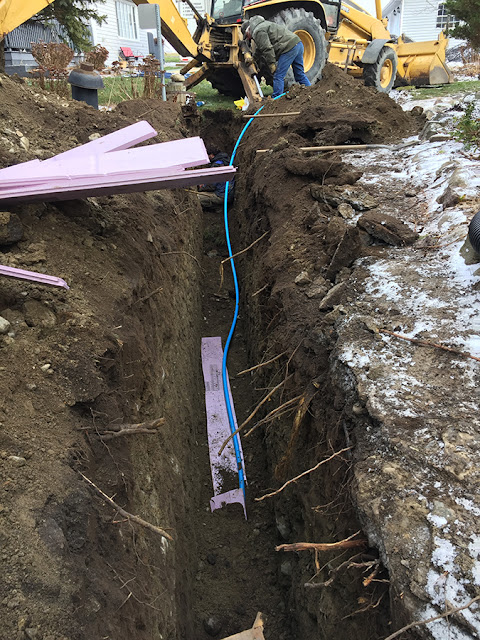 The spray-foam insulation guys were here for several days, doing their job. The whole granary now has heated concrete floors (well, once the propane is hooked up, that is!) including the pig pen. The pigs also have a nice new exit from their pen to replace the rickety ramp they used to have to go down! 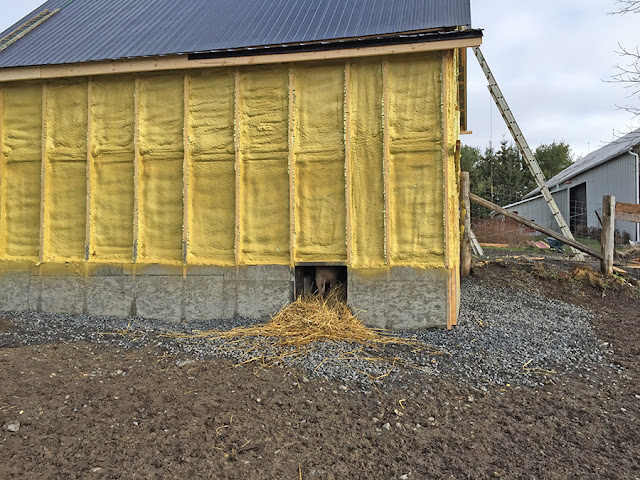 We moved the pigs back up to their normal spot and they are finally getting to meet Henry. I will give them a week to get to know each other through the fencing, then we'll turn him loose and see how it goes. Henry is the biggest and oldest of all the pigs! 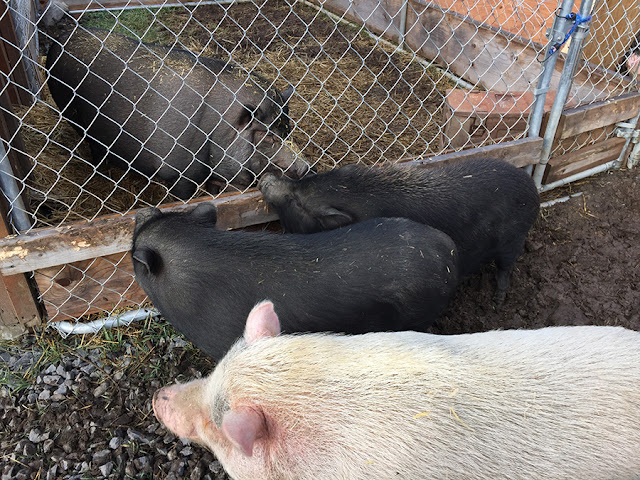 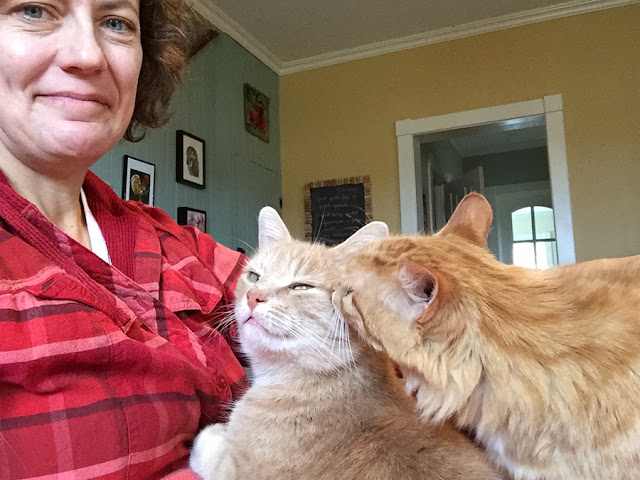 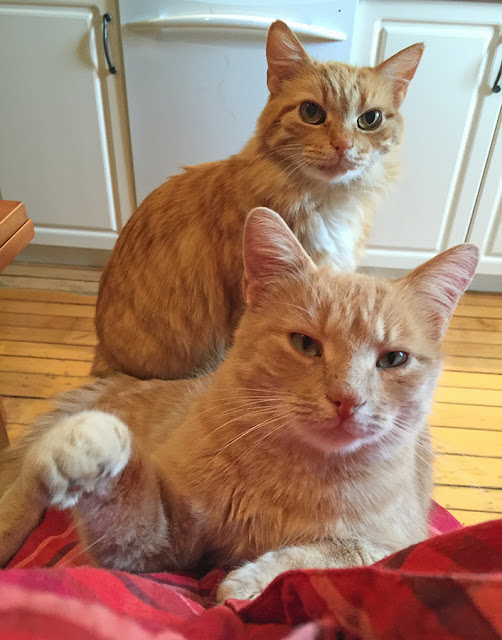 It was cold and damp yesterday, so Alex stayed in (our!) bed all day... 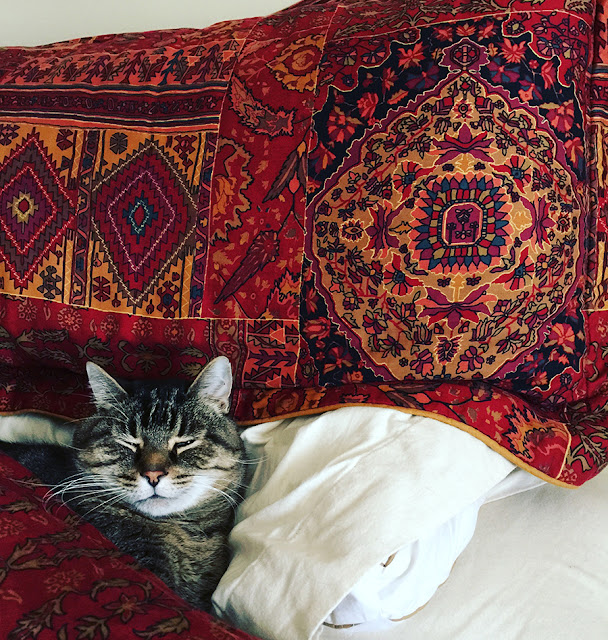 And the barn cats were demanding attention. So I obliged! 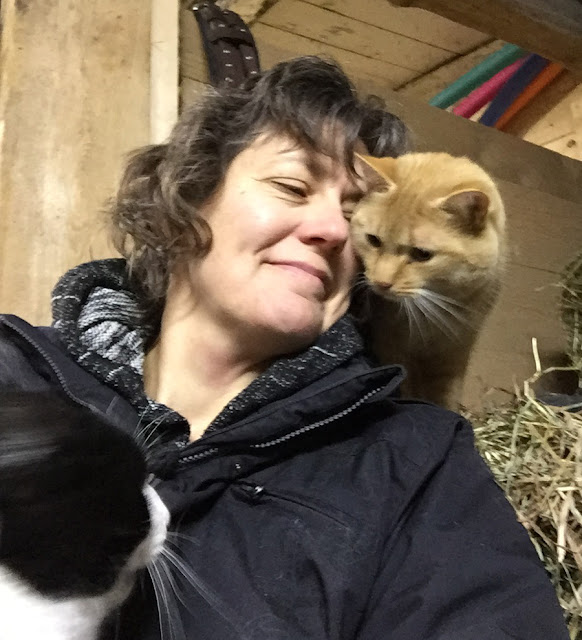 Redford and Keaton being all snuggly! 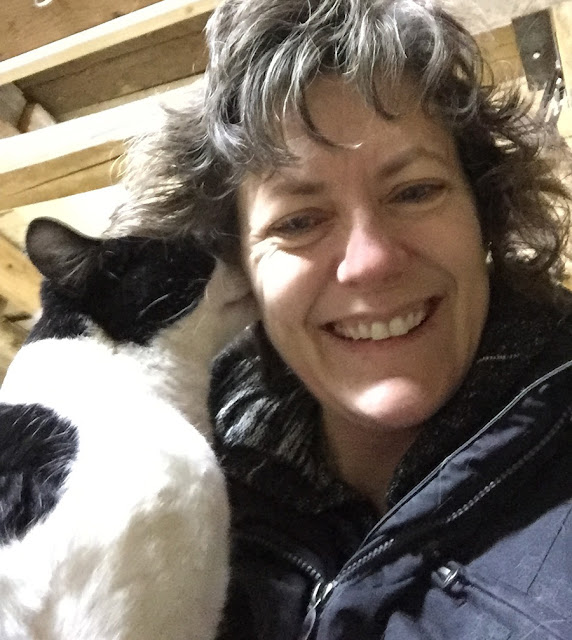 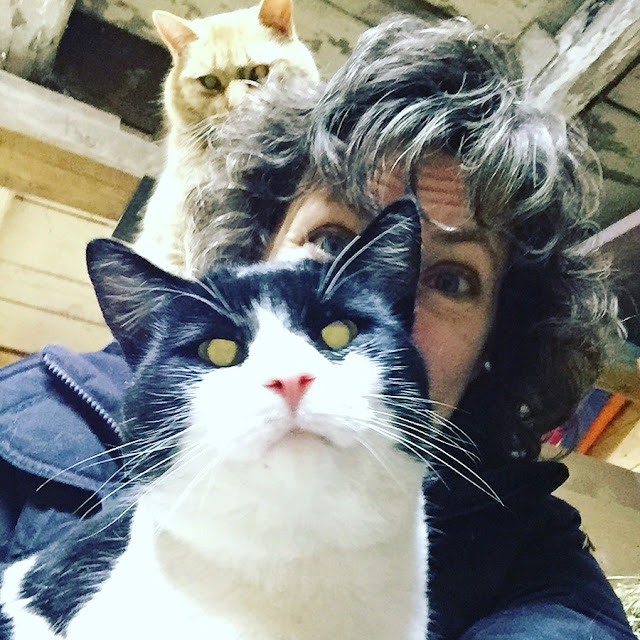 Cat weirdness! Redford was sitting on my back for this selfie!